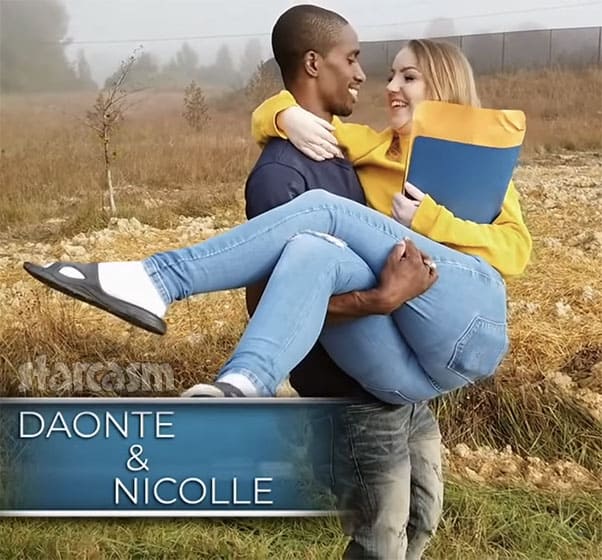 Love After Lockup Season 5 star Daonte is a self-described hopeless romantic with “an extremely high sex drive.” He’s been unlucky in love, but he hopes that convicted felon Nicolle will be the answer to his dreams — like all of his dreams.

During the premiere episode, Daonte shows off the spread of goodies he has purchased that are waiting for Nicolle upon her release. The list of items on display include panties, bras, furry handcuffs, a ball gag, 2 Michael Korrs watches, an iPhone, AirPods, $1,000 in cash, a face mask, a Victoria’s Secret PINK sweater, multiple pairs of shoes (including 3 pairs of Air Jordans), an over-sized teddy bear, a printout of a photo of Nicolle on the teddy bear’s lap for some reason, a can of Reddi-wip, bath bombs, tank tops, cushion no show socks, and a pack of Newports. 😂

Just prior to showing off his prison dowry, Daonte ramped up the cringe by showing all of us a sex toy torso he bought to help him remain faithful while Nicolle finished serving her sentence for larceny. “Listen, I have an extremely high sex drive,” Daonte explained to the WE tv camera. “I’m also loyal. I didn’t want to cheat on her so I was, like, ‘You know what? Let me go get something to satisfy that urge when I need it.’ My little sex toy, or torso that I got, whatever you want to call it, I’ve actually named her Nicolle, Jr.”

Did Daonte’s dreams come true with Nicolle? Are they currently married and living out a happily ever after together?

ARE DAONTE AND NICOLLE MARRIED?

WE tv seemed to give viewers a big time spoiler clue in one of their preview clips for the new season. In the video, we can see Daonte and Nicolle at their wedding ceremony. Daonte is sporting a red velvet tuxedo and we see Nicolle being walked down the aisle by a man whose face has been blurred out: 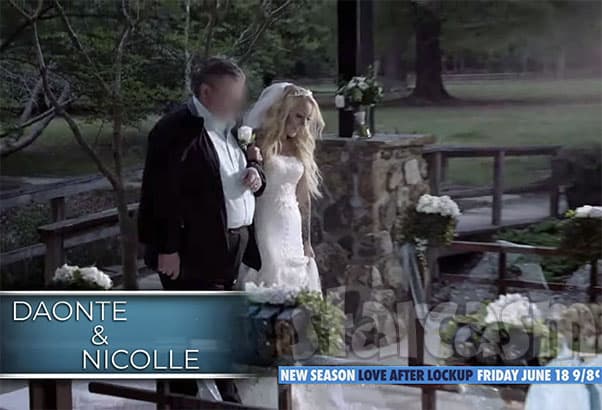 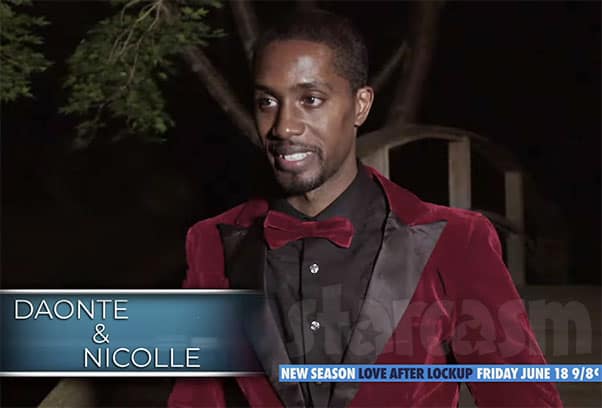 Well, that seems to answer the question! I wanted to be sure, so I tried searching for a marriage license or certificate for the couple in Virginia. It turns out that search was a herring more red than Daonte’s tuxedo.

The first clue I ran across that indicated Nicolle might have gotten cold feet is a gallery of photos that Daonte posted on Facebook of himself in his wedding tux. “Little did I know what I was actually about to walk into that particular day 🙄🙄,” Daonte captioned the gallery. “But oh well I was still killing it, stay tuned 🤫🤫🤫🤩”

I continued searching, trying to find our more information about Nicolle. That search resulted in quite the surprise…

That’s right! It turns out Daonte wasn’t Nicolle’s type by a looooong shot! Nicolle has posted numerous videos with her tatted boo on TikTok, and she often uses hash tags like #wifey. That doesn’t really mean too much, though.

Then, I found the smoking gun on Facebook! Check out Nicolle’s wedding photo! 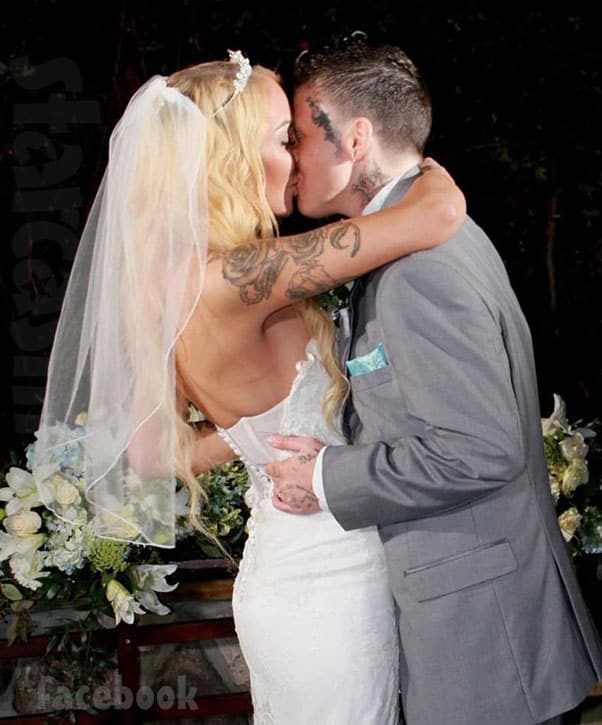 That looks like it could be the same wedding dress, tiara, and veil that she wore for Daonte! Ouch!

Nicolle’s wife posted the photo on April 24, but I am unsure of the actual date of the ceremony. I’m also not aware how long the two were dating prior to getting married. Nicolle’s wife updated her Facebook relationship status to “engaged” on December 8 of last year, and the earliest photo of the two of them together that I could find was posted in November.

Here’s another photo of the couple: 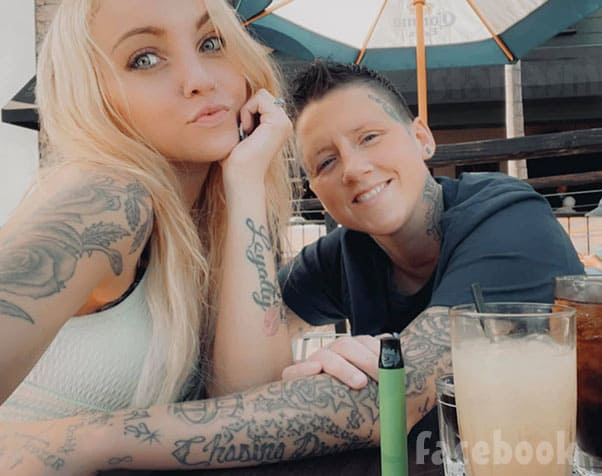 I did some looking into Nicolle’s wife, and it turns out she has a VERY extensive criminal record. She was recently serving time in prison in Virginia, so I am going to go way out on a limb and predict that she and Nicolle met while in prison together.

I’m not sure how WE tv is going to let this story play out, but I’m guessing that Nicolle’s wife might be crashing the wedding? Regardless of the details, it looks like Nicolle is going to leave Daonte at the altar. Hopefully he hasn’t thrown Nicolle, Jr. away! Or maybe Nicole stole it? 😂😂😂

UPDATE – Nicolle revealed on the show that she had a very serious prison girlfriend named Tia. Yep, that is who she eventually married! Here’s some more info on Tia’s numerous run-ins with the law:

On tonight's #LoveAfterLockup, Nicolle revealed that she had a serious prison girlfriend named Tia that (of course) Daonte knows nothing about. Unlike Daonte, we do know all about Tia… her criminal history at least 😉 And LAWDY LAWD it is extensive! https://t.co/rzRuoP0hXe

As a bonus, I will conclude this post with a 13-minute sneak peek at the new season of Love After Lockup, including Daonte and Nicolle, Jr.’s intros:

#LoveAfterLockup returns Friday, June 18 with 6 new couples! Watch the CUH-RAYZAY new preview trailer and read the bios for all the couples! https://t.co/oNV0peRMEP pic.twitter.com/rvxPnY9OBp

LOVE AFTER LOCKUP Lindsey DID get that quote Scott is mad about from a book!

Love After Lockup Season 3 trailer with new cast! And Angela and Tony?