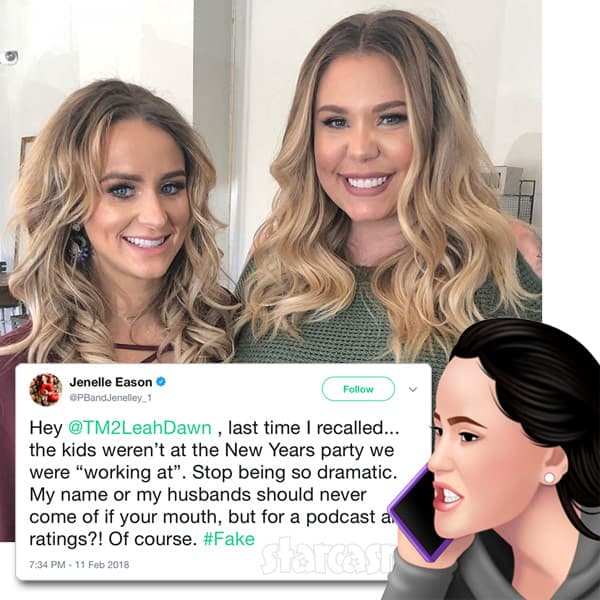 Teen Mom 2‘s Leah Messer recently appeared on co-star Kailyn Lowry’s Coffee Convos podcast and talked about all kinds of stuff, including the fact that she and Addie’s dad Jeremy Calvert are currently co-parents with benefits! But this post is about the fallout from Leah’s concerns about Jenelle’s husband David Eason.

The Coffee Convos episode with Leah isn’t out yet, but The Ashley’s Reality Roundup got an advance listen and provided some excerpts. “My friend [who went with me] was terrified [after David pulled out a knife],” Leah said of the now-infamous New Year’s Eve special recording at which David reportedly pulled out a knife and began popping balloons after being told he couldn’t have any more booze. “She was right there and she thought one of the producers was going to get stabbed in the face, which is not OK! I don’t even remember if it was because they were not serving any more alcohol or…but we were there for work! I mean, you can have a few drinks socially but, it’s not that appropriate.”

Kail agreed with Leah and said that she has concerns about David as well, after which Leah stated that her daughters will “never go back to a Reunion.”

Jenelle caught wind of the David shade and took to Twitter to share a rebuttal. “Hey @TM2LeahDawn, last time I recalled… the kids weren’t at the New Years party we were ‘working at'” Jenelle wrote, before missing the opportunity to use her signature catchword by adding: “Stop being so dramatic.” Jenelle then iterated her anger over the other cast members insisting on talking about her, which previously inspired her to send out cease and desist letters to her co-stars. “My name or my husbands should never come of if your mouth,” Jenelle angrily tweeted, “but for a podcast and ratings?! Of course. #Fake”

Jenelle then replies to some comments and seems to suggest that Kail is a Teen Mom 2 puppet master of sorts — well, except for Chelsea, who doesn’t trust anybody: 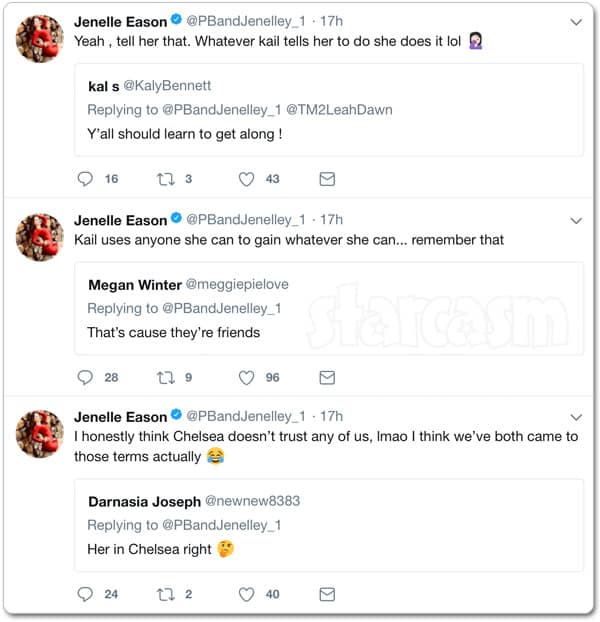 Jenelle is not completely without an ally on the Teen Mom 2 cast, however, as her co-star Briana DeJesus once again had her back: 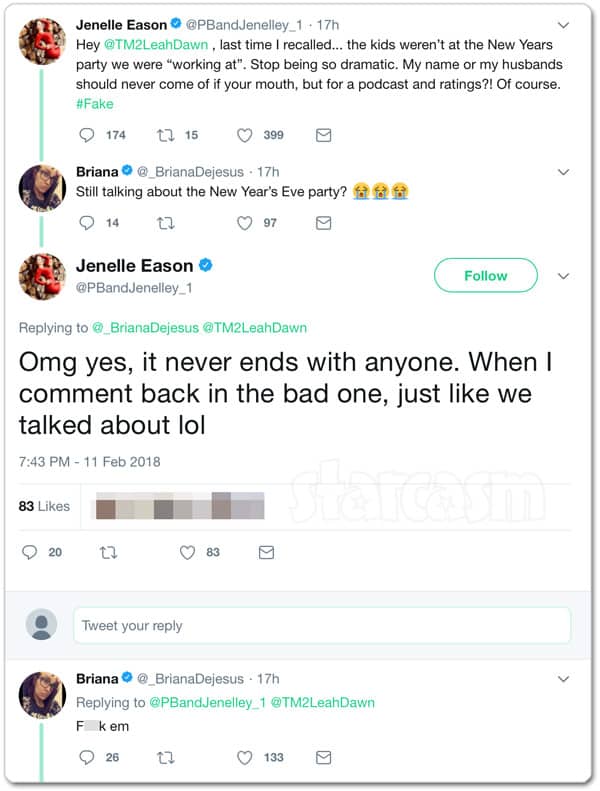 One Twitter user openly wondered: “I’m confused! Why is this coming up now??” Jenelle explained: “Becuz she HAD to go on kails podcast and talk about it of course lmao.” Jenelle then hinted that she might start her own podcast! “Why is my life your everyday topic for your show? ? maybe I should be the one with a show then… ?” If that happens, I think we can assume that Briana will be her first guest. #Brianelle Hmmm… What will Jenelle call her podcast? Hatter Chatter maybe? Some other suggestions would include Audio Uppercut, Podcastical, and I Heard Ya Wif Juhnelle!

Meanwhile, Kail and Leah haven’t really responded on social media. To listen to the full Coffee Convos podcast with Leah Messer, just search for Coffee Convos on iTunes or wherever you get your podcasts — it should be up in the next couple days.