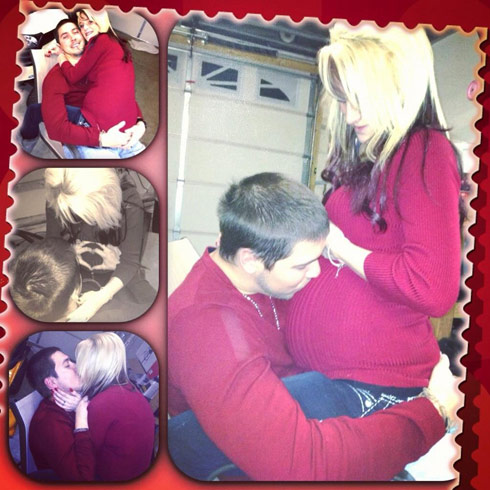 The mother of twins revealed that she’s expecting another baby girl, this time with husband Jeremy Calvert.

Apparently there was some confusion and folks were thinking she had the baby etc… Carrie straightened this out via Leah’s Official Facebook Fan Page:

Apparently there has been some confusion. Leah HAS NOT had the baby yet. All she said was she was having a Girl. She also has NOT announced the due date. -Carrie

Leah made an official announcement about her pregnancy back in early November. I think Jeremy’s gonna have his hands full with all those ladies.

Congrats to Leah and Jeremy!