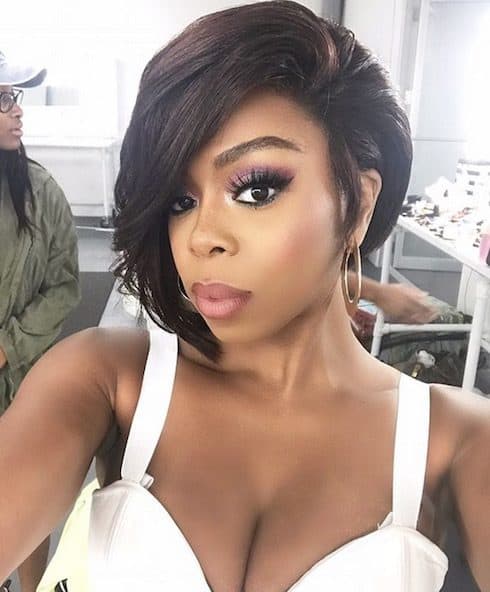 Lil Scrappy and Shay Johnson’s scenes on Love & Hip Hop Miami have viewers wondering whether Scrap was trying to get with Shay at the same time he was supposedly looking to win back Bambi’s heart. Since Scrap and Bambi have since gotten married, the situation had some fans crying foul.

Plus, as VH1 recently pointed out with their timeline of Lil Scrappy and Shay’s “Situationship,” the two have definitely had some chemistry in the past. Among their encounters on Love and Hip Hop Atlanta was the time that Scrap had Shay over for a poolside conversation about his baby mama Erica Dixon, and wound up giving Shay a “sensual oil rub down”…

…along with the time that Scrappy had to tell Shay that things between them couldn’t be romantic only after letting Shay pursue him while Scrappy was also trying to get back with Erica:

But all that drama went down back in LHHATL’s first two seasons. Lil Scrappy and Shay filmed their LHHMiami scenes last summer — and here’s what we know about the more recent timeline.

Though the world didn’t find out about it until last October, Scrappy and Bambi were actually married in secret in September 2017, or at the tail end of last summer. This was also around the time that the two of them began appearing in public together for the first time since their acrimonious split several months earlier.

But Scrappy also made it clear, in a series of somewhat bizarre social media posts (all of which have since been deleted), that he was down in Miami looking for Bambi weeks before that. We reported on Scrap’s search for Bambi last August: he eventually pulled up on her in a club, after spending days searching, and sounded determined to earn back her trust.

And Scrap actually planted the seeds of this particular storyline at the tail end of LHHATL Season 6, when he revealed his intention to leave Atlanta — possibly for good — and take his talents to South Beach. (At the time, it just looked like Scrappy would be a part of the Love & Hip Hop Miami Season 1 cast, and that’s more or less turned out to be true.)

So it looks like Lil Scrappy and Shay were only filming scenes together, and that Scrappy really was trying to win back Bambi. And, since he *did* win her back, the whole thing only looks bad in retrospect. Scrappy said as much in his Instagram update on the situation:

Thank God whats on tv happen so long ago way before I was in my right mind , I honestly can’t remember half of it but I’m glad I got through it and God turnt my life around and sent me right on to my wife and I guess if u knw better you really do do better, so I’m honestly litty with the wifey and the fam and blessed keep pushing , new mursic out Now and @hitmansteviej_1 producing a whole album for me #comingsoon #Scrambie #ThaBam #Emani #Emula #ThaRichardsons

I just wanted to put y’all up on some game, some real sh!t though. Anything that you see on these scenes with me, that sh!t happened in the past. It was like in the summertime and it was before me and my wife got together, got back together, reunited, and got married, and all that. But where I’m at now, totally different. I got my head on right. I was in a bad place then, but now everything’s good. Don’t get it misconstrued with what was going on then and what’s happening now.

Now, if only we could confirm whether Bambi is really pregnant…