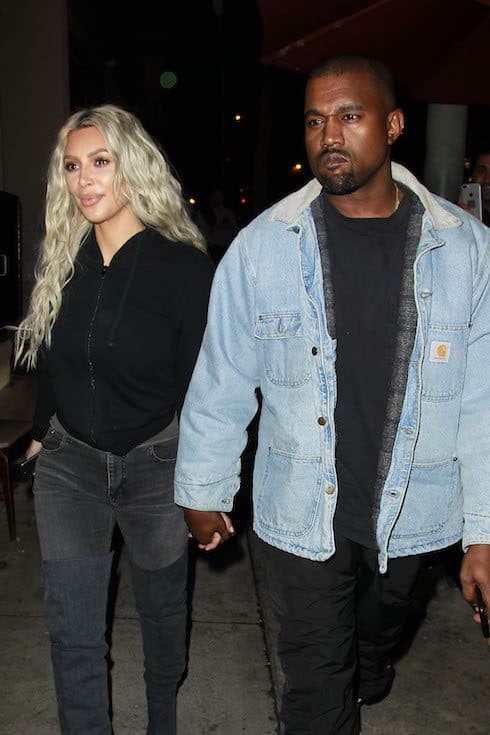 We’ve covered some pretty strange, absurd Kardashian family gossip over the past few years. Off the top of my head, there’s the one about Khloe planning on inducing labor in the middle of the NBA All-Star game comes to mind, as does the time some anonymous insiders had it on good authority that Kourtney and Justin Bieber were living together and sharing toothbrushes. And of course pretty much everything to do with Tyga meets those criteria — but let’s just stick with the time he let slip his foot fetish and its influence on his relationship with Kylie Jenner.

Anyway, given the fact that Kanye West is the family’s biggest outlier — he’s the most artistic, temperamental, and secretive Kardashian — it makes a certain amount of sense that one of the strangest rumors about him would also be about something totally banal. Because the latest reports about Kanye pose the following question: Does Kanye West change diapers?

We journey first to the land of Hollywood Life, which claims — via an article by Star — that Kim is “furious” with Kanye over his alleged refusal to get his hands dirty with Chicago West’s poop.

“Kim let it slide the first time, but she was counting on counting on Kanye to help out around the house because she already has her hands full,” says their insider. “Kim was furious when Kanye told her to just hire another nanny. She made it clear that he petter [sic] start pulling his weight — or else.”

And Celebrity Insider added that Kanye is apparently “giving all his time and energy to fashion and music.” Kanye is supposedly “determined to get everything right” with Yeezy Season Six, and is “rumored to be working on his own [album]” in addition to producing for others.

It’s kind of hard to imagine being so rich that you honestly never have to change a diaper at all if you don’t want to. Kim and Kanye reportedly paid Chicago’s surrogate somewhere between $45,000 and $100,000, plus personal expenses, *plus* medical expenses, to have their baby. Their nannies’ compensation is to the child care profession as a Senior Vice President’s is to Silicon Valley. It’s likely that neither Kanye nor Kim are changing many of Chicago’s or Saint’s diapers.

Which, of course, implies that the opposite story could just as well be true, and that it’s Kim who refuses to change diapers. So this bit of gossip about Kanye, gendered though it may be, raises an interesting question: Are there still a lot of fathers out there who refuse to change diapers on some flimsy pretense like “That’s the mother’s job”? The idea that men can still get away with that in 2018 seems crazy. But there must be some: a hard-core, clinging to outdated (and, when you think about it, pretty effete) notions of masculinity, almost all of whom have to make do without the luxury of round-the-clock nannies ready to sprint at the first jingle of the Diaper Bell.