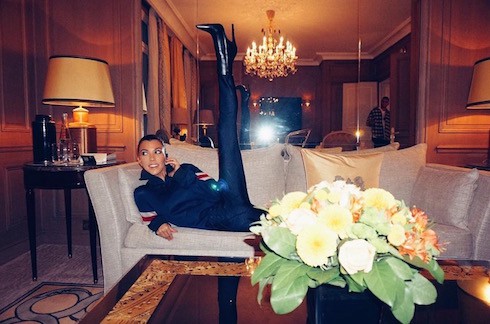 Thanks to a little bit of KUWTK’s famous editing-room magic and a whole lot of speculation about her three sisters’ simultaneous pregnancies, it looks like gossip about Kourtney Kardashian pregnant is beginning to crest. Curiously, though, the alleged potential father (which would make a great name for either a trashy tabloid podcast or a 90s alt rock band) is not Kourtney’s 23-year-old boyfriend Younes Bendjima, but Scott Disick, he of rampant infidelity and liver disease.

The source of the Kourtney Kardashian pregnant drama is a new article in Star, which points to the just-aired Season 14 premiere of Keeping Up With The Kardashians as evidence. In the episode, Kourtney plays “Truth or Dare” while at dinner with Kim and her assistant and Kourtney and her BFF. Kourtney gets asked whether she and Scott have another child in their future–bear in mind that this is after the Costa Rica debacle–and her response is “I feel like I would [have one] if the situation was right.” Kourtney doesn’t elaborate on what would make the situation “right,” and the game (and what Star astutely notes is the “scripted baby question”) moves on to Khloe. 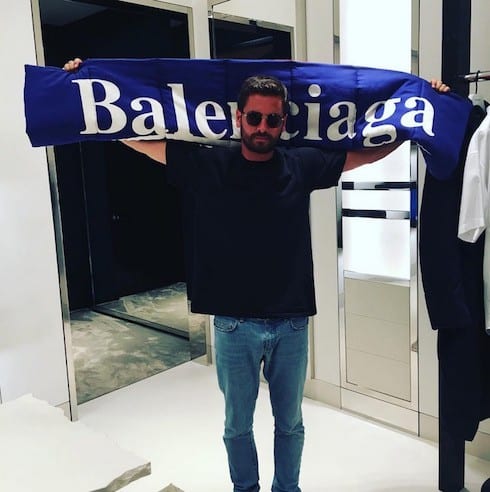 So the gossip about Kourtney Kardashian appears to go something like this: Kris Jenner has total editorial control over KUWTK, and left that scene in the episode; Kris Jenner is happiest when her family is in the spotlight, and pregnancies put her family back there; ergo, Kris is trolling the Kardashians’ fans by teasing Kourtney and Scott’s still-unconfirmed fourth child together. And that is a fun little conspiracy theory.

But it falls apart a bit when you look at the chronology. Thanks to a discussion of Caitlyn Jenner’s then-forthcoming memoir The Secrets of My Life elsewhere in the episode, we know that the sequence was shot around the time of that book’s April 27th release. Kourtney and Younes would go public two weeks later (so, within the same general timeframe); meanwhile, Scott was ramping up his public alcohol intake, getting things started with Bella Thorne, and generally ramping up for what would become a summer of supposed non-stop intoxication and sex with barely legal teens.

On that note, Disick and new 19-year-old girlfriend Sofia Richie are enjoying an extended vacation in Mexico, where apparently every night is “Taco Night.” An anonymous source told People that Scott “likes having [Sofia] around” because “she isn’t a wild party animal,” which, good luck keeping a straight face while reading that. Lest you worry that Scott is slowing down, though, Kardashian home network E! noted that he and Sofia are staying at the home of Girls Gone Wild creator Joe Francis.

Kris Jenner uses only black toilet paper, and her daughters have a few comments about that