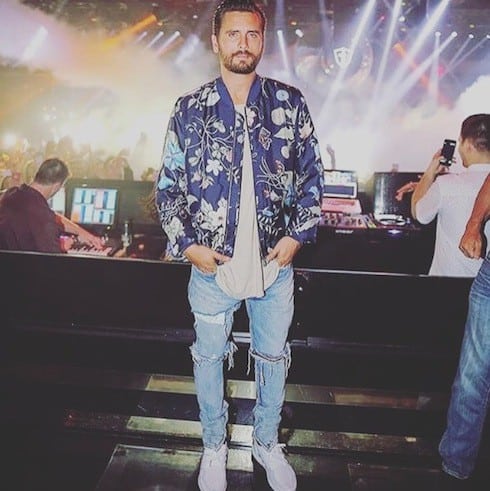 Are Scott Disick and Kourtney Kardashian dating? It’s an endless mystery for fans of the estranged couple, whose three shared children ensure that they spend plenty of time in each other’s company. The latest stories about the pair involve Scott trying to get back in Kourtney’s good graces by sharing advice on fatherhood with his pseudo-brother-in-law Rob Kardashian. That might not be enough for Kourtney, though, who’s said to prefer her ongoing dalliances with Justin Bieber. Read on for the rumor mill’s latest…

The ongoing love triangle between Kourtney, Scott, and Justin has been a source of fan mirth (and ridicule) for months. The then-36-year-old Kardashian began hooking up with 21-year-old Biebs last fall, while Disick was completing his fourth stint in rehab. According to the alleged insiders who crop up in every article on reality TV’s first family, Kourtney and Justin get together in Los Angeles on the regular, and Kourtney has gotten pregnant by Justin at least two or three different times over the past few months. Most recently, the triangle became a rectangle when it looked like Justin was getting back together with occasional flame Selena Gomez–even after he explained to her that he had every intention of continuing his meet-ups with Kourtney. 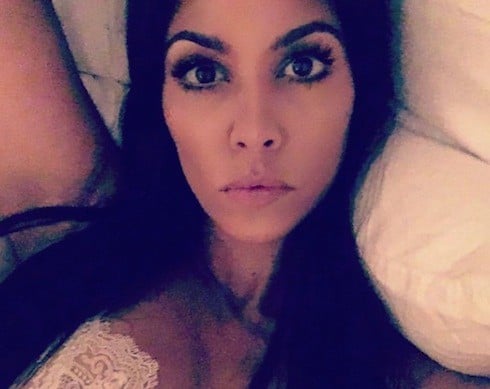 Disick, who has apparently never been pleased with this arrangement, has supposedly decided to try a different tack and see about winning Kourtney back. Kardashian home network E! is reporting that Scott has begun giving regular advice about parenting and fatherhood to Rob Kardashian, whose first child, courtesy of fiancé Blac Chyna, is due in October. Scott himself spoke with the network before his most recent paid appearance at a 1OAK franchise, and shared some of what he’d told Rob.

“I just told him not to get ahead of himself,” Disick explained. He elaborated thusly: “Take every day like it’s a new day, start fresh, be present, be happy, and you know, have a positive energy and a positive vibe so your child comes into the world with a positive energy.”

As for his relationship with Rob, Scott was all aglow. “Rob is like my brother,” he gushed, “and I love him more than anybody in the world. I’ve been around with him and helping out where he needs help and kind of showing him the ropes of what it’s going to be like to be a new dad.”

Disick was similarly winsome when asked what he thought of Rob’s parenting prospects: “I think he’s going to be unbelievable. [Rob’s] got one of the biggest hearts I’ve ever seen. He’s just an amazing guy and I’m so happy for him.”

Those remarks are apparently being interpreted as Scott sending good vibes and overtures Kourtney’s way, in an attempt at letting her know that he is interested in calming down and being a stable father for Mason, Penelope, and Reign. However, though she appears to be far from her final word on the subject, it looks like Kourtney is firmly dedicated to what Justin has on offer. A new Inquisitr take suggests that the fires of she and Justin’s passion for each other burn as hot as ever–and that’s exactly how the two want it. Justin “told Selena she needed to be patient,” and that, while the two might break things off eventually, they have no intention of doing so any time soon.

Meanwhile, Kourtney’s current committment to having a good time–”letting it all hang out,” as it were–seems apparent:

A video posted by Khloe Kardashian Snapchats (@khloesnapchats) on Aug 1, 2016 at 1:29am PDT