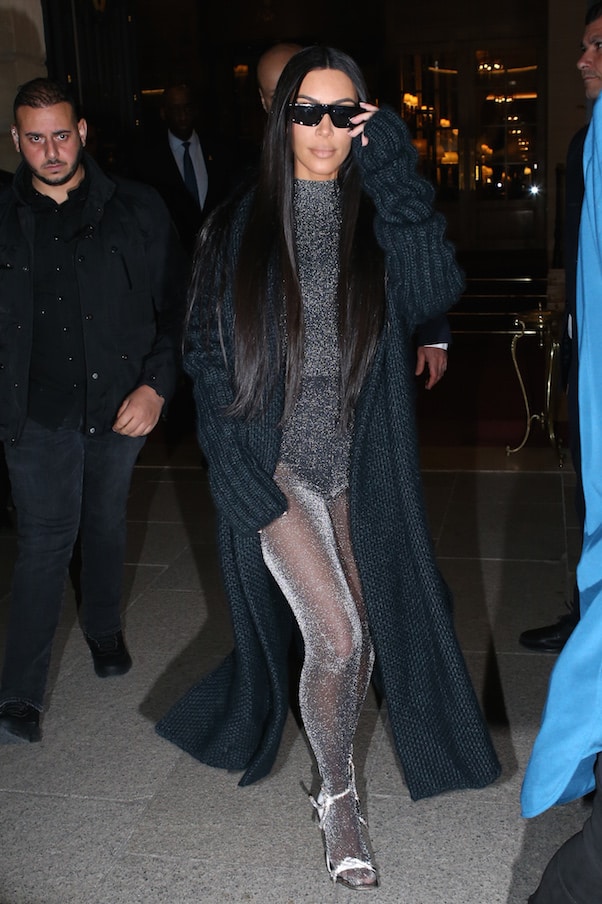 It’s been alternately amusing and dismaying to read the reactions to the Kim Kardashian lawyer news, because most people have no idea *how* to react. Kim’s cover story in the May 2019 issue of Vogue is a coming-out party for the next stage of Kim’s public life, and it’s of course no surprise that her intellectual ambition has been met with a great deal of skepticism. Is Kim smart enough to be a lawyer? Is this just a PR stunt? Why would Kim Kardashian want to become an attorney? It’s easy enough to dismiss her goal outright — but doing so is a mistake, for a couple of reasons.

First of all, here’s the woman herself explaining why Kim Kardashian wants to be a lawyer, from the Vogue piece:

What inspired [Kim] to embark on something so overwhelmingly difficult and time-consuming—even as she also runs a multimillion-dollar beauty enterprise—was the combination of “seeing a really good result” with Alice Marie Johnson and feeling out of her depth. “The White House called me to advise to help change the system of clemency,” she says, “and I’m sitting in the Roosevelt Room with, like, a judge who had sentenced criminals and a lot of really powerful people and I just sat there, like, Oh, shit. I need to know more. I would say what I had to say, about the human side and why this is so unfair. But I had attorneys with me who could back that up with all the facts of the case. It’s never one person who gets things done; it’s always a collective of people, and I’ve always known my role, but I just felt like I wanted to be able to fight for people who have paid their dues to society. I just felt like the system could be so different, and I wanted to fight to fix it, and if I knew more, I could do more.”

The “really good result” of which Kim speaks was her meeting with the president last May, the result of which was an overturned sentence for Alice Marie Johnson. Johnson, now 63, was sentenced to life in prison in 1997 after being convicted on eight federal charges stemming from her involvement in a cocaine trafficking organization based out of Memphis. Prosecutors painted Johnson as essentially the head of a drug cartel; Johnson argued that she was only an intermediary, and that she only became involved in drug trafficking following a string of bad luck including losing her job, getting divorced, and her youngest son’s death. Kim, who already had an interest in prison reform, took an interest in the case and argued in favor of Johnson’s release in the Oval Office meeting detailed above.

So, yes: that is indeed a far cry from typical Kardashian tabloid fare. But that’s only because Kim kept the extent of her interest in social justice on the DL for some time. Elsewhere in the Vogue article, we learn that she’s “been working with…cofounders of #cut50, a national bipartisan advocacy group on criminal-justice reform, for months, visiting prisons, petitioning governors, and attending meetings at the White House.”

Beyond that, here’s Van Jones, one of #cut50’s co-founders, on Kim’s meeting with the president. Jones was in the Oval Office alongside Kardashian, and it’s clear the Kim Kardashian lawyer unveiling didn’t surprise him in the least:

Kim understood that [Trump] needs to be seen as taking on the system, and she helped him to see that there are people who the system was against and that his job was to go and help them. And it was remarkable. So for people who have fallen for this media caricature of the party girl from ten years ago who hangs out with Paris Hilton? This is the daughter of an accomplished attorney and the mother of three black kids who is using her full power to make a difference on a tough issue and is shockingly good at it.

Plus, as Vox has already pointed out, Kim is really good at “digging up dirt on people” — a skill that can distinguish great lawyers from good ones. Keeping Up With The Kardashians has shown her, among other things, “gleefully hacking into the voicemail accounts of her sisters’ boyfriends to figure out if they’re cheating or not,” along with releasing the video “that seemed to show that Taylor Swift was lying about Kardashian’s husband Kanye West.”

We’ll also point out that Kim’s interest in being one of the biggest and most influential names on social media has obviously waned over the past few years. If you’re a skeptic, you’ll want to point out that her fortune is rapidly approaching a billion dollars, second in the family only to Kylie Jenner — and you should probably also posit that Kim might view an intellectual accomplishment like becoming a lawyer as a way to one-up her much younger sibling.

We take plenty of shots at the Kardashians, because it’s fun (and also really easy). They are super rich and super visible and got that way by selling sex and then selling their own image the same way. (And, as Celebitchy rightly pointed out, Kim has yet to address her privilege when it comes to how she’s studying law versus how any other mother of three has to manage it.) Having said that, the Kim Kardashian lawyer news seems less worthy of sarcasm and more of genuine interest, if not outright praise. The Kardashians often use their power solely to accrue more of it; here is an instance of the family trying to work for the benefit of other people beyond just discounting a lip kit. If Kim crashes and burns, well, at least she tried. She can’t take the California bar before 2022, so that’s a four-year commitment to something more than style.

And if she doesn’t crash and burn — if Kim Kardashian really does become a lawyer — she’ll have a massive social media platform with which she can increase public awareness of important causes near and dear to her heart. When we all found out Kim was interested in prison reform a couple of years back, and when she campaigned for Hillary Clinton before that, no one quite took her seriously. If Kim maintains her status as a fashion icon *and* lawyers up? She’ll have the credibility to back up her interest, and millions more people will be listening than if, say, a politician brought up whatever issue she chooses. Anyone who uses power that way should be appreciated.

We’ll close with a few words from Kim herself, who addressed — not took dead aim at or shot down or clapped back on — her haters with an Instagram post a few days after Vogue published its story:

Last year I registered with the California State Bar to study law. For the next 4 years, a minimum of 18 hours a week is required, I will take written and multiple choice tests monthly. As my first year is almost coming to an end I am preparing for the baby bar, a mini version of the bar, which is required when studying law this way. I’ve seen some comments from people who are saying it’s my privilege or my money that got me here, but that’s not the case. One person actually said I should “stay in my lane.” I want people to understand that there is nothing that should limit your pursuit of your dreams, and the accomplishment of new goals. You can create your own lanes, just as I am. The state bar doesn’t care who you are. This option is available to anyone who’s state allows it. It’s true I did not finish college. You need 60 college credits (I had 75) to take part in “reading the law”, which is an in office law school being apprenticed by lawyers. For anyone assuming this is the easy way out, it’s not. My weekends are spent away from my kids while I read and study. I work all day, put my kids to bed and spend my nights studying. There are times I feel overwhelmed and when I feel like I can’t do it but I get the pep talks I need from the people around me supporting me. I changed my number last year and disconnected from everyone because I have made this strict commitment to follow a dream of mine – It’s never too late to follow your dreams. I want to thank Van Jones for believing in me and introducing me to Jessica Jackson. Jessica along with Erin Haney have taken on the role of my mentors and I am forever grateful to them both putting in so much time with me, believing in me and supporting me through this journey. This week I have a big torts essay due on negligence. Wish me luck ✨⚖️