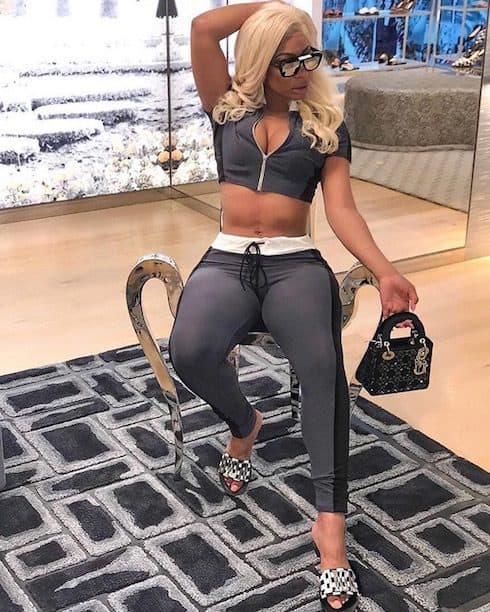 The legal struggle continues for Love & Hip Hop Atlanta‘s Tommie, who was just dealt a personal setback by the judge presiding over her current assault case. Tommie, who recently turned herself in on a pair of battery charges stemming from a fight at a jewelry store in Atlanta’s Lenox Square Mall earlier this year, now has to wear an alcohol monitor at all times. The judge’s order has renewed criticism and concerns over Tommie’s alcohol consumption and whether she is an alcoholic.

Per TMZ, Tommie is “immediately required to wear a SCRAM Continuous Alcohol Monitoring device around her ankle as a new condition of her bail” in the Fulton County assault case, along with a separate case involving other criminal charges.

Along with the ankle monitor, the judge gave Tommie a simple order: Not to drink any alcohol “until her cases are resolved.”

Adding insult to injury is the fact that the cost of the device –which “detects alcohol consumption through sweat every 30 minutes” — is not borne buy the court. The approximately $500 it costs per month has to be paid by Tommie.

Why did Tommie from LHHATL go to jail?

Tommie’s lengthy legal history has been a part of her LHHATL storyline since her introduction back in Season 5. Starcasm was the first to report on Tommie’s now-infamous collection of mug shots, which number in the dozens and stem from arrests on charges as varied as assault and drunk driving to identity theft and fraud: 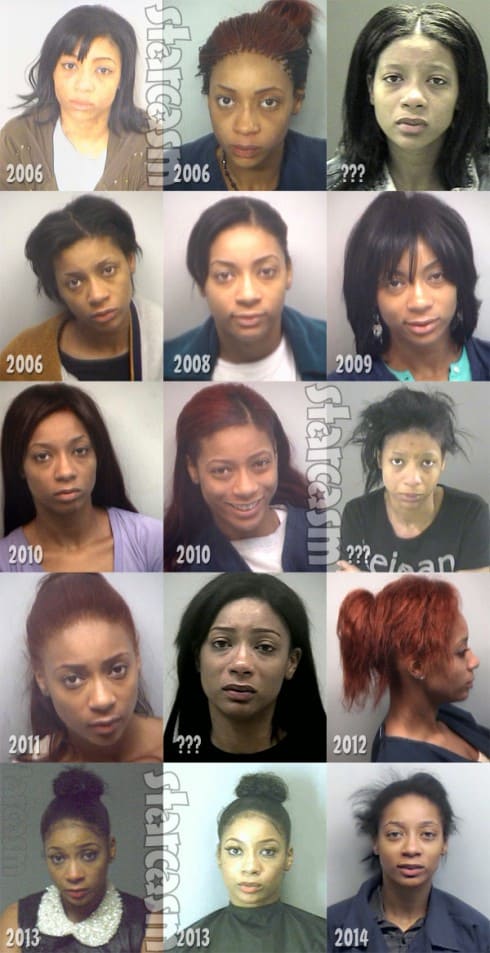 Though she initially denied that the mug shots were of her, Tommie — whose real name is Atasha Jefferson — eventually came clean about her criminal history. She also described her time in and out of jail, even revealing that she gave birth to her first child while she was incarcerated:

I almost lost my first daughter and I was in jail for violating probation on drug charge her father had, and I didn’t tell on him. So I went to f*cking jail. I was only 17 and at 19 I was on probation. I had an evil probation officer….One day I was sitting in jail just leaking and I pressed the button like, please somebody, can I get checked? You know it’s hard to get medical attention in jail. Then they said if you press the button again you’re getting locked down. So when it was our time to get out, I called my mom and I was like “Ma, some sh*t is coming out and it’s just coming out every day.” Then the jail said if I press the button I’m going to get locked down. My mom was like, “Pee on yourself right now.” So, I pissed on myself. When I did, the whole floor was going crazy. Everyone was screaming “We ’bout to have a baby!” So then they took my to the hospital and it was no fluid around my baby. I had to have an emergency C-section. Yea, that saved my daughter.

In addition to the charges described above, Tommie is also wanted on outstanding identity theft charges in Goodhue County Minnesota, where she was originally convicted and sentenced to five years’ probation back in 2011. (Click here for the full report on those charges.)

Is Tommie an alcoholic?

Love & Hip Hop Atlanta has wanted its viewers to be concerned about Tommie’s drinking since the lead-up to Season 6, when Tommie’s storyline included her attempts at launching her own brand of wine. Since then, several of Tommie’s friends — including several members of the LHHATL cast — have been increasingly vocal about Tommie’s relationship with alcohol.

Additionally, it’s worth pointing out that almost all of the incidents involving Tommie’s criminal behavior or tendency for public brawls over the last few years have been alcohol-related. Most notable among them was the time she was kicked off of a flight for arguing with the crew about bringing alcohol on board.

Tommie is having a really rough year

It’s just been a hard year for Tommie, straight up. A few weeks ago, she was allegedly beat up in the studio by Atlanta rapper Akbar, who claimed that Tommie was being disrespectful while Akbar was trying to lay down tracks and wouldn’t leave the space when asked.

And Tommie’s family has been a source of tension for the LHHATL star. Though she provides for several members of her extensive family tree, Tommie’s sister Versace joined the cast for Season 7; that, combined with Tommie’s mother’s appearances, have all pointed toward a showdown or intervention (or both).

(Photo credits: Why did Tommie from LHHATL go to jail via Instagram)