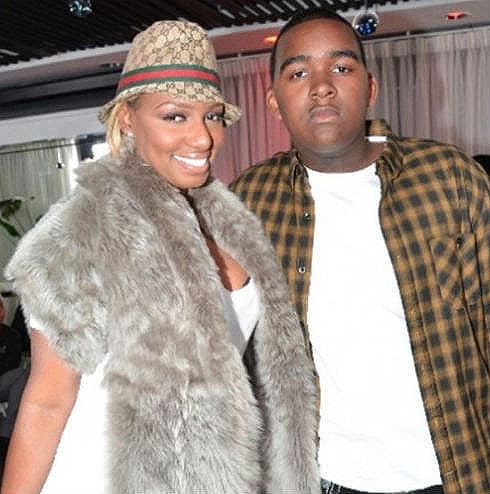 NeNe Leakes’ son Brentt was robbed on Wednesday night while helping his mom with her “So Nasty, So Rude” tour. It all went down at The Promontory in Chicago when Brentt was selling NeNe’s merchandise during the comedy show. An angry fan confronted the Real Housewives of Atlanta star’s son about getting a refund, and when Brentt refused to give his money back, the angry attendee grabbed the 17-year old’s backpack and took off.

According to TMZ, the whole thing was caught on tape, and now the Chicago police department is involved. Thankfully, Brentt wasn’t hurt during the altercation, but some of his prized possessions were inside that backpack, including his wallet with his ID and his laptop. So far, no arrests have been made and Brentt’s belongings have not been recovered.

NeNe is said to be more upset about the loss of Brentt’s identification than anything. However, the show must go on. While Brentt might rethink his role in hawking NeNe’s merch as her tour winds down, there are still a few stops left with the most notable being in Boston and Washington D.C.

And in NeNe Bravo news, it looks like Miss Bloop Bloop won’t be reprising her role on Real Housewives of Atlanta for Season 9. A new promo for the Bravo reality show was recently released, and while most of the cast from last season will be returning, NeNe was not only left off the cast list, she wasn’t in the trailer either. Instead, fans can look forward to seeing the return of Sheree Whitfield as well as mainstays Cynthia Bailey, Kandi Burruss, Phaedra Parks, Porsha Williams and Kenya Moore.

Without NeNe Leakes around to shake things up, will you be tuning in or tuning out when Season 9 of Real Housewives of Atlanta premieres on Sunday, November 6 at 8/7c?