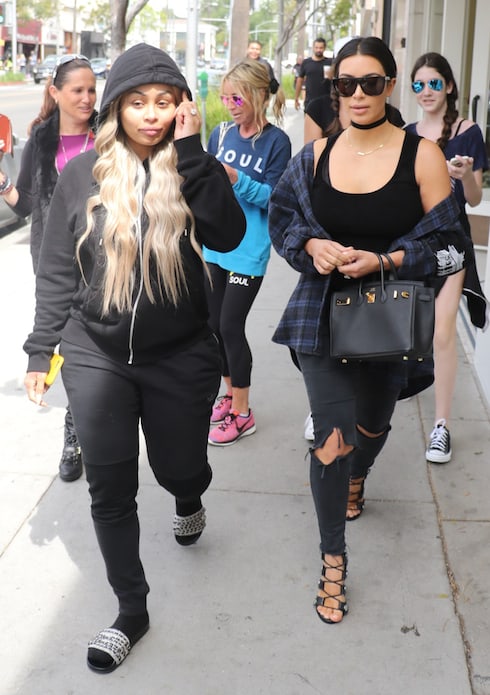 Apparently, it takes the combined powers of Kim Kardashian and Blac Chyna to keep the irresistable Tyga and the insatiable Kylie Jenner apart. Just a few weeks after their third–and, presumably, final–breakup, Kylie Jenner and Tyga have allegedly been flirting with both each other and the possibility of getting back together. Of course, this possibility is said to have Kylie all a-twitter. Big half-sister Kim and big soon-to-be-sister-in-law Blac Chyna, though, sat Kylie down and tried to set the 18-year-old straight with regard to Tyga’s devious ways.

According to a new Inquisitr dispatch, Kim and Blac are building an emotional wall to keep the two lovebirds away from each other. “It’s up to them to block Kylie from her ex-boyfriend,” claims the article, which suggests there’s a very real fear that “the potential exists” for temptation. To that end, states a source, “Blac and Kim are getting together and staging what they’re calling a ‘man intervention’ [#mantervention] for Kylie now that they’re hearing she’s back with Tyga. It’s Chyna’s idea and she’s convinced Kim to help her.” 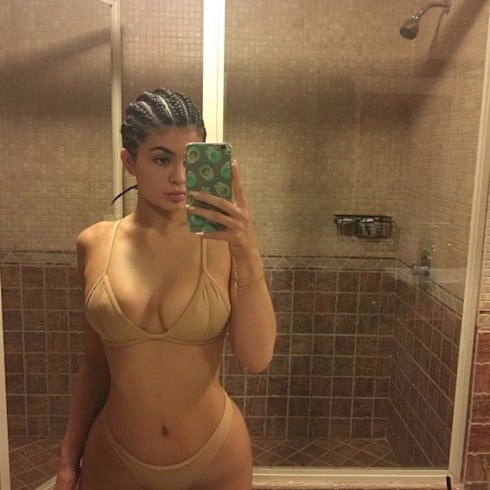 The source went on to call Tyga’s overall wiles “a trap,” and, furthermore, said it’s one that Blac understands all too well. “[Blac] wants to help her sis out because she knows first hand that Tyga’s a liar and a cheater,” said the alleged insider. “Ultimately, Kylie’s going to make her own decision. But Blac simply wants to help prevent her from getting her heart broken all over again.”

Tyga, who reportedly tried to cheat on Kylie with a 14-year-old during the Christmas holidays, has yet to make a move in the wake of these reports. However, as numerous outlets have reported, Demi Rose, Tyga’s current flame, does look an awful lot like Kylie. It’s also possible that Kylie, who the Huffington Post recently said “has officially stolen the limelight from Kim Kardashian,” is more concerned with building up her brand than sinking back down to Tyga’s level. Until the next rumor, then, we can at least take solace in The Root‘s recent characterization of Tyga as “one of Satan’s earthbound minions,” on the same level as Cleveland Cavaliers owner Dan Gilbert.