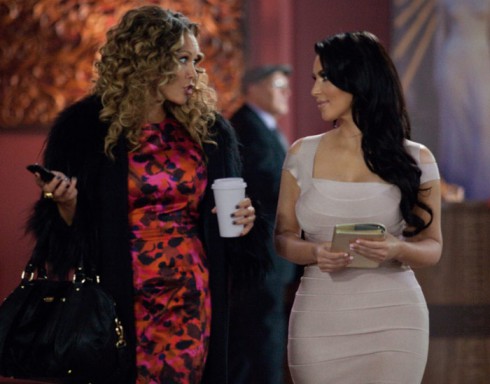 Tyler Perry was reportedly confident in his choice of Kim Kardashian to play marriage counselor Ava in his new flick Temptation: Confessions Of A Marriage Counselor, but critics who have seen the film are a little less confident and are not holding back in their criticisms of Kim’s performance.

Radar Online has compiled a few excerpts from various critics:

Alonso Duralde of The Wrap: “Kim Kardashian, as nasal and awful an actress as you might imagine.”

Nick Schager of Time Out: “.. and Kim Kardashian as the protagonist’s bitchy fashionista coworker, vainly trying to act.”

Ken Hanke of Mountain X: “What alarms me more than anything … is the casting of Kim Kardashian in the film. Really? Say what you will about Perry’s movies, but … he usually casts his films carefully and well. This is hard to fathom.”

Jenni Miller of Hollywood.com: “.. coworker Ava is played by Kim Kardashian, a true feat of stunt casting that’s only made all the more impressive by her inability to inject the slightest bit of emotion into her steady stream of insults.” 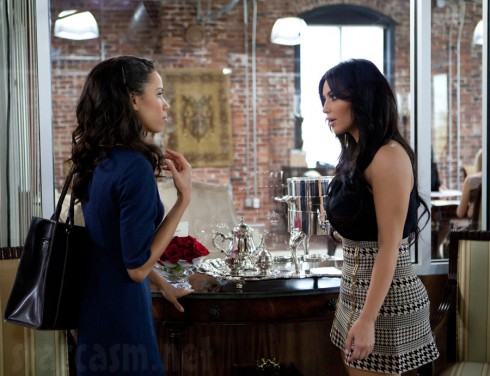 At the time of the casting, Tyler explained, “She literally has millions of young people following her. I thought and still do think, that it would be very responsible of her to be a part of this film. Millions of young people adore her and are following her every move. If one of those young people see this film and find the strength to live a better life and not go through what these characters went through in this movie, then we have all done what I feel I’m being led to do here.”

Despite the criticism, Tyler is sticking by Kim and feels as though she did a great job with the film. “I wrote this role, Ava, which is perfect for her – a small role that she delivered, she completely, 100% delivered, and she’s hysterical. She takes every beat and every moment, and I was proud of the work she did in the movie.”

But, if there is a silver lining for Kim, it’s that she wasn’t alone in drawing the ire of critics. Roger Moore of Movie Nation wrote, “Adding the no-talent Kim Kardashian to his sass and semonette formula was a mistake. Casting four dull leads was a bigger one.” Bad reviews from critics is nothing new for Tyler Perry, who famously dismisses the consistently negative commentary from critics in favor of the overwhelming positive responses from viewers.

If this wasn’t enough to get you pumped for the flick, check out the trailer (which includes Kim K) here.