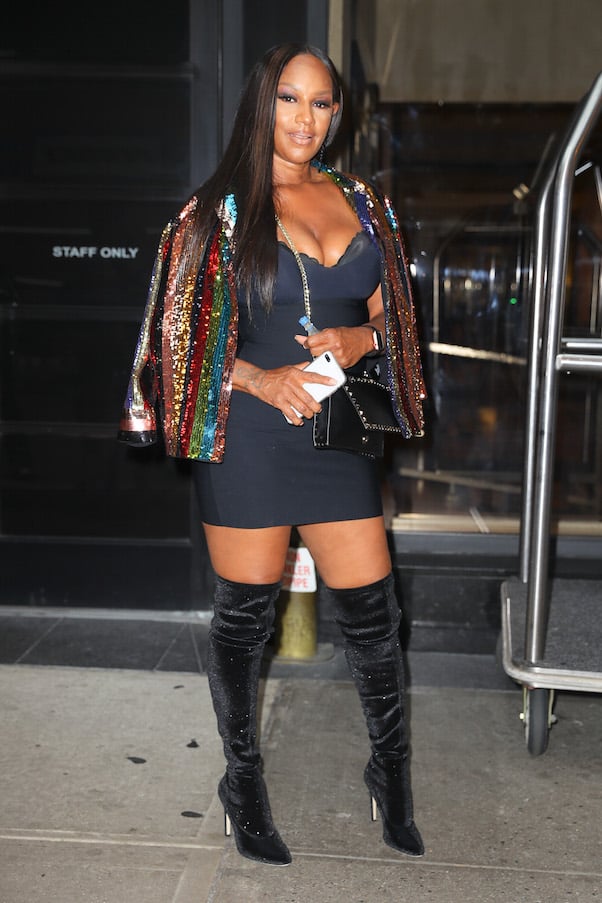 Basketball Wives might soon be without OG cast member Jackie Christie — and the reason Jackie is allegedly leaving the show definitely isn’t one we saw coming. According to Jackie herself, she’s quit the show after it sounds like she was attacked by another, unnamed cast member while filming a recent scene.

Jackie Christie had already been filming for Basketball Wives Season 8 for months; new episodes are expected to drop sometime this summer. Last week, Jackie, returning cast member Evelyn Lozada, and the rest of the group all showed up at a roller rink for what was supposed to be a 90s sitcom-themed party. Evelyn shared her Peg Bundy-inspired look for the event:

A few hours later, Jackie updated her IG stories with a short video filmed in her car outside the rink. In a very sweet, completely non-threatening (or -threatened) voice, she said she “got into it” at the rink, then suggested she’d had enough of Basketball Wives. Here’s the original clip, via Baller Alert:

From the desk of #JackieChristie, will you watch Basketball Wives without Jackie? pic.twitter.com/WrcYySTNlh

Her voice is so low in the clip that it’s tough to make out exactly what Jackie Christie says. But it sounds an awful lot like this:

I got into it at the skating rink…A lot of people want me gone — are you gonna continue to watch the show if I’m not here? If you do, have fun! I’ll see you again.

Now, is that a flat declaration that Jackie’s days as a Basketball Wife are done? It is not. In fact, between her passive choice of words and extremely sweet tone of voice, it sounds more like she’s threatening to leave unless the mysterious “got into it” situation gets resolved than it does she’s already quit the show. (Devotées will recall that Jackie has either threatened to quit or been the subject of firing rumors after almost every season.)

Furthermore, in the few days since it happened, neither Jackie Christie nor any other member of the Basketball Wives Season 8 cast have referenced the incident. It’s pretty unusual for there to be *no* tea at all out there. Usually when there’s a blow-up between Basketball Wives or Love & Hip Hop cast members, all the relevant parties are all over social media telling their side of the story, and the gossip sites fill up with plenty of BTS details.

This time, all we’ve got to go on are the video above and Jackie’s updates from the event itself, which she hasn’t deleted:

♠️Swipe ~~~~?? #SkaterChic #WorldonwheelsLA Didn’t get to Skate tonight though? lol but when I do… Babay!!! It’s Super Fun & Dope! #iwantsomechinesefood