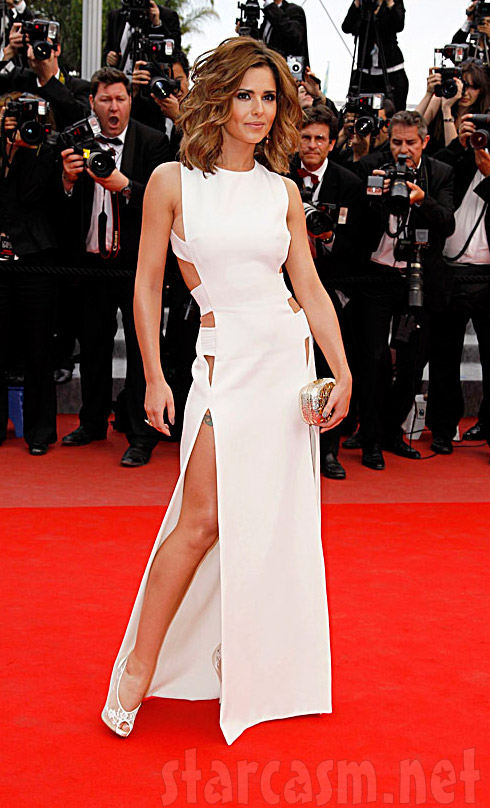 X-Factor Judge and former Girls Aloud singer Cheryl Cole unleashed her sexy side at the Cannes Film Festival premiere of Outside The Law tonight. And by “sexy side” I mean her right side, which was plainly visible to all in attendance thanks to a brash but elegant mummy-inspired full length white gown that left the starboard half of Cheryl open to the public!

Even the photographers couldn’t hold back their awe in the presence of Cheryl’s Coletrulescence, as evidence by this guy from the photo above: 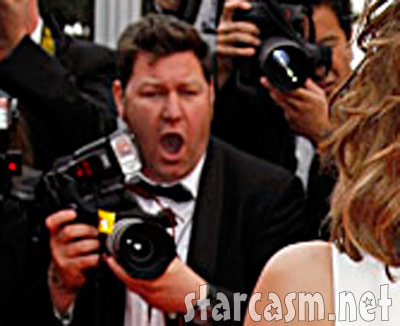 French director Rachid Bouchareb’s film Outside the Law (Hors la loi) caused quite the stir in Cannes this year, drawing criticism and outrage from the French government before it had even been seen because of its alleged anti-France elements. The main point of contention was the very beginning of the film. From The L.A. Times:

The politicians were displeased because “Outside the Law” begins with scenes of a notorious event in French-Algerian history, the French army firing on pro-independence demonstrators in the Algerian city of Setif on May 8, 1945, a situation that increasingly spiraled out of hand and led over the next few days to the massacre of thousands of Algerians.

Tensions were eased after the film was shown and it was clear that Bouchareb’s tale of a “trio of Algerian brothers who get caught up in the struggle for independence” and if anything is very pro-France.

Bouchareb seemed relieved after the screening, but still harbored a bit of anger, “Now it’s OK but I was upset by the false rumor that it was anti-France,” he said. “I was born in France, my kids were born in France. Those words were very hard.”

Speaking of “very hard,” here is one last loooooooooooooooong look at the lovely Cheryl Cole:

As far as I know, Cheryl Cole had absolutely nothing to do with the movie, though undoubtedly that dress is almost outside the law!

It seems this dress has created quite the stir on the interwebs and more and more photos keep springing up, so I will continue to add the best of the best, including more great background reactions and what the dress looks like going up stairs!

Designer Zandra Rhodes Drives Her Car Into A Hardware Store