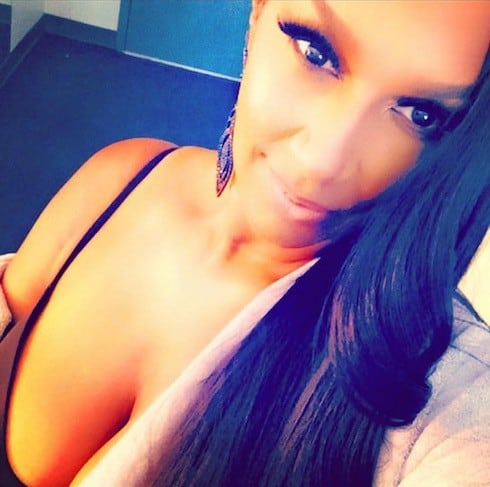 A sneak peek clip ahead of tonight’s Basketball Wives Season 6 reunion special has fans wondering the surprisingly usual: Did Jackie Christie get fired from the show this year? Season 6 has been all about the increasingly uncomfortable showdown between Jackie and her estranged daughter Takari Lee, who claims that Jackie neglected and abused her as a young girl and who went so far as to publish a tell-all memoir detailing her claims.

In recent weeks, Jackie has struck back against Takari, first alleging that her daughter was depressed when she made her initial claims, then sharing a pair of text exchanges, apparently with Takari, that Jackie says cast doubt on Takari’s whole version of events. And now, given that Basketball Wives creator and executive producer Shaunie O’Neal appears to be lined up against Jackie (she’s fired people for much less), it’s worth wondering whether Jackie’s days as a member of the cast are numbered.

For starters, here’s the clip in question, courtesy of VH1:

It’s clearly an awkward moment. And the producers (wisely) milk it, granting each member of the cast a reaction shot before moving on. And, again, speculation about Jackie (or any other cast member, for that matter) getting fired is a regular part of season-ending gossip. But it almost feels like there’s more to the rumors this year–like this clip is meant to amplify them, and get us ready for the possibility that the Takari drama pushed things a little bit too far.

Or, none of that is true, and it’s all just run-of-the-mill gossip! Which is something that Jackie herself addressed this before the season finale last week:

♠️?? #RP~~ oh boy today's the day now let's just sit back grab our popcorn and wait for the big hammer to drop✨ lol we are sure it's going to be all kinds of fire works shooting out towards @jackiechristie yet again now that the show #BBWLA6 # basketballwives @vh1 is on tonight for the Mega Finale!!??????? #next up #bbwla6 #basketballwives #Reunion Ps the look I give when someone ask me is any of the bs true?! ?

(Photo credits: Did Jackie Christie get fired via Instagram, VH1)