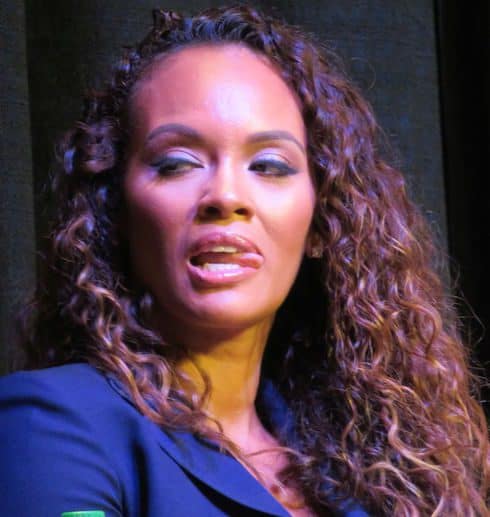 Recently returned and always entertaining cast member Evelyn Lozada just made her way back to Twitter to casually confirm that filming for Basketball Wives Season 8 has begun! Evelyn also spilled a little tea on what to expect from the new episodes, and we’ve since gotten word of a few major production and cast changes. 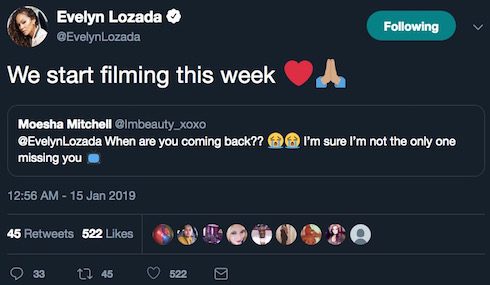 Evelyn didn’t go into much detail about what fans should expect from the new season. However, she alluded to potential big doins on her own front when another fan asked about her split from long-time fiancé Carl Crawford. It sounds like Evelyn has moved on not only from Carl, but from the idea of having another baby, period: 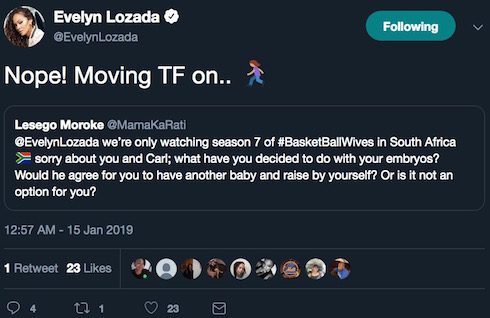 So it sounds like Evelyn’s storyline in the new episodes will deal with either her emotional fallout post-Carl, or her dashing life as a newly single woman (or both!). Based on what we learned when the show changed production companies, though, it seems a safe bet that Evelyn won’t stay single for long.

A few months ago, VH1 made a major “shaking up” by replacing the longtime production company for both Basketball Wives and Love & Hip Hop Hollywood. (The other Love & Hip Hop shows will be unchanged for now.) According to multiple reports, the network wants “to take [the shows] in a new direction” — one that focuses “only on couples and big names,” and feels generally more like a black Real Housewives.

Who else will be on Basketball Wives Season 8?

So far, the only “confirmed” Basketball Wives Season 8 cast member is Evelyn herself. And we say “confirmed” because there won’t be an official cast announcement until right before the Season 8 premiere (even though Evelyn says she’s back, and other cast members will do the same on social media).

However, we’ve gotten word that OG cast member Jackie Christie is returning for the new season, despite near-constant rumors she either quit or was fired. (Maybe now the show will finally address the sex tape talk.) CeCe Gutierrez, who recently got engaged to former Lakers star Byron Scott, is likely to return. And Season 7 addition OG Chijindu might be coming back as well.

Beyond those four, the latest tea is that a throwback cast member is currently in negotiations to make a major return. That cast member is said to be Draya Michele from Basketball Wives LA, who last appeared on the show in 2015.