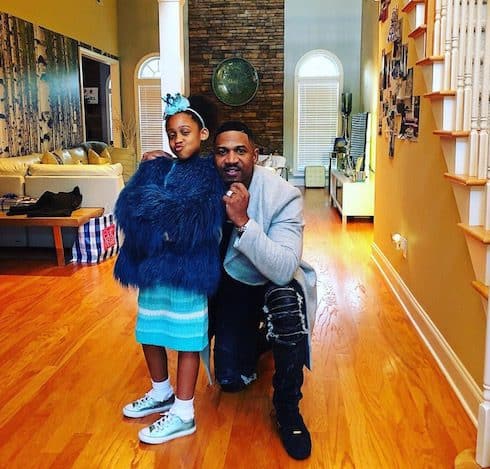 It’s been a rough legal battle for the Love & Hip Hop Atlanta star, but is Stevie J going to jail because he’s behind on his child support payments? The Danger Zone impresario, who was ordered to make good on $1.3 million in back payments last year, may not be headed to jail just yet — though things aren’t looking good.

Jail time for Stevie first came up in January of 2017, when then-US Attorney Preet Bharara asked Judge Paul Crotty to give Stevie a six-month sentence. At the time, Stevie owed $1.3 million in unpaid child support from between 1999 and 2015; Stevie also admitted to drug use while on parole. (Click here for a complete list and photo gallery of Stevie J’s kids.)

Not long after that, though, Stevie appeared to avoid imminent imprisonment by agreeing to a payment plan. In accepting the court’s terms for the full restitution of $1,304,835.86, Stevie said, “I’ve stepped up to the plate now and I fully support my children not only financially, but they are the closest individuals to me.”

But a month later — in late March of 2018 — Stevie’s attorney quit his case after Stevie apparently insisted on appealing the sentence. Said G. Eric Bellinger, Stevie’s lawyer at the time, “In [the firm’s] legal opinion, there is no good faith basis to pursue an appeal….Counsel cannot and should not be compelled to appeal a judgment that is, in its opinion, meritless and without evidentiary basis.”

So Stevie started representing himself in court. But it looks like since then things may have taken a wrong turn for the LHHATL fixture; a new report from TMZ claims that Stevie’s been ordered to turn himself in over the case.

However, the report contains some confusing wording — it sounds like the new US Attorney is the one who’s ordered Stevie to turn himself in, rather than the judge. Here’s the key paragraph:

The U.S. Attorney Southern District of NY, tells TMZ … the ‘Love & Hip Hop’ star will have to turn himself in to authorities April 10 for failure to pay child support. Stevie owes more than $1.3 MILLION in back child support. These cases are usually handled in state court, but the amount owed, the length of time he was in arrears, and the fact that the people involved are in different states all make it a federal case.

The report does add that Judge Crotty “also skewered Stevie for ID’ing his probation officer’s name on social media.” But it looks like someone from the US Attorney’s office is the source for the story, rather than the court documents themselves.

(Photo credits: Is Stevie J going to jail via Instagram)