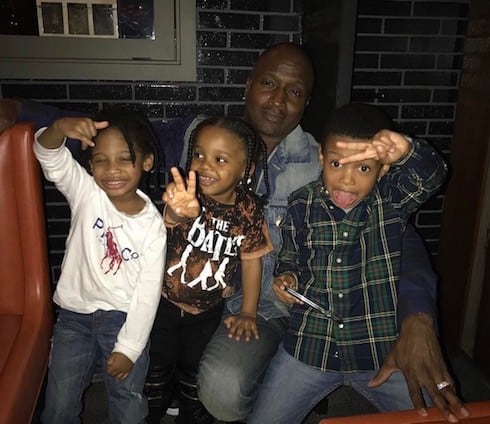 Kirk Frost side chick Jasmine Washington may be upending the Love & Hip Hop Atlanta star’s life this season, but, according to a new report, Kirk thinks the whole thing is nothing more than a headache and is willing to pay up for Jasmine to disappear. That’s the latest from a Hollywood Life article featuring an anonymous source, supposedly close to Kirk, who claims the 47-year-old is ready to pay Jasmine up to $5,000 if she’ll take her allegations and split.

“Kirk’s just trying to live his life man and be the best husband he can to Rasheeda,” said their source. “He doesn’t trust Jasmine and wants her to get the hell out of ATL so bad that he’d love to give her $5G’s so she can just disappear. As far as Kirk’s concerned, the kid isn’t his.”

There are a few problems with this argument. Chief among them is the fact that the article goes on to state that the publication hasn’t seen any of Jasmine’s court documents–when Bossip broke the Kirk Frost side chick and pregnancy story two months ago using images of those very documents that they said they’d acquired from Jasmine herself.

Additionally, Jasmine’s lawsuit asks for both a court-ordered paternity test and $2,500 per month in child support payments. The documents allege that Kirk earns approximately $10,000 per month; given those figures, it would hardly make sense for the 27-year-old mother of a seven-month-old to take a single lump sum equivalent to two months’ worth of what she’s hoping to get from the court and simply vanish from Kirk’s life.

Indeed, Jasmine’s most recent claim is that she apparently “can’t find” Kirk to serve him with papers. Headache though this LHHATL plotline may be for him, it would be far easier–if Jasmine’s baby really isn’t his–for Kirk to submit to the paternity test, prove his own argument, and then force Jasmine into hiding with a countersuit alleging defamation of character.

Or, you know, they can both keep drawing LHHATL paychecks and let this storyline play out for the remainder of what looks to be a thoroughly entertaining season 😉 Love & Hip Hop Atlanta Season 6 continues Monday nights at 8 PM on VH1.