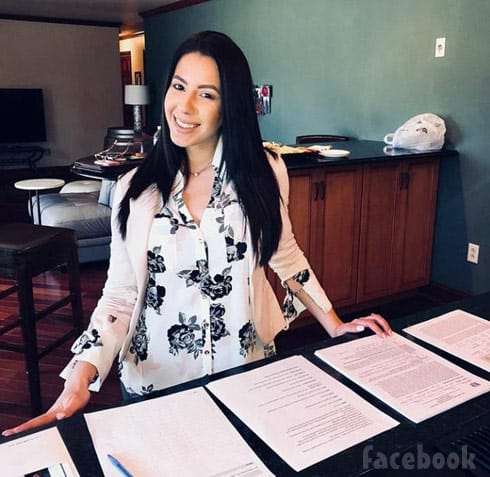 Teen Mom 2 star Kailyn Lowry’s ex Jo Rivera has previously revealed his intention of pursuing a career in real estate, but it looks like he will not be alone as his fiancée Vetzabe “Vee” Torres has just received her real estate license!

Vee revealed back in January that she had finished up real estate school and was studying to pass the state exam, and it seems her studying paid off because she officially received her Delaware license on February 21.

I also did a search for Jo, but it doesn’t appear as though he has a real estate license, so I’m guessing Vee will be playing a huge role in whatever real estate business ventures the couple are looking to pursue.

And speaking of ventures that Jo and Vee are looking to pursue, she revealed on Twitter that their wedding is just a “few months away!” Actually, it could be slightly sooner than that because her tweet was posted on February 26.

Jo officially popped the question to his then-girlfriend of nearly five years back in April of 2016. Vee revealed more than a year ago that the wedding was set for 2018, but the actual wedding date is still unknown to those of us not invited. Given the timing of the “few months” tweet, I’m thinking we might be looking at a June wedding, but that is completely speculative.

In a bit of bad news for viewers, Vee has previously stated that her and Jo’s wedding would not be filmed for MTV. “I don’t want it documented,” Vee tweeted last February. “That’s why I said no… it’ll be between family & friends how we want it.”

I want Vee (and Jo) to have the wedding she wants, but I confess that I am a bit selfish and I hope that she has a change of heart and decides that she does want the wedding captured for the show. Perhaps Chelsea and Cole’s fairy tale wedding will help convince her that it can be a great thing! (Let’s hope she didn’t tune in for Jenelle and David’s nuptialpocalypse.)

In more potential bummer news for Vee fans, she has previously stated that she plans to quit Twitter. In addition to being very busy and not caring for the drama that Twitter is so famous for, Vee says that becoming a real estate agent is another reason to part ways with social media platform. “With future clients, I don’t think I want anyone seeing what I tweet and like,” Vee said in a conversation with another Twitter user back in January. She added an “Lol” and said that it is “time to move on ?.”

But don’t worry, Vee has no plans of abandoning either her @Veeautifyme Instagram account or her Youtube channel any time soon! There is still no word if the couple is looking to make the book idea we came up with a reality or not: 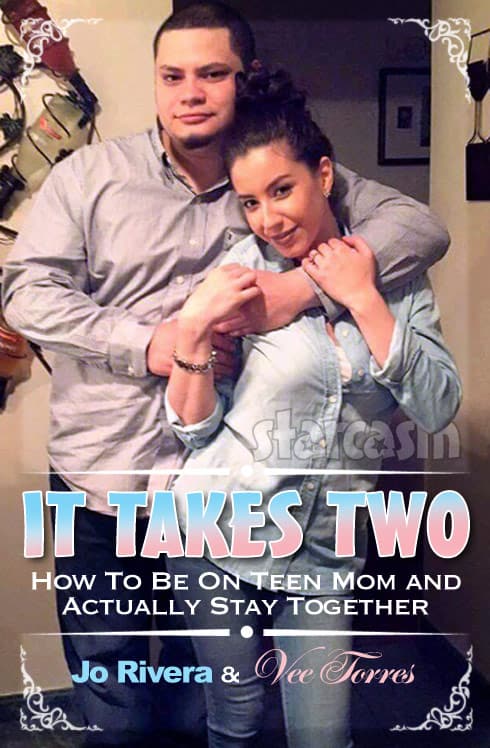 Speaking of Vee’s Youtube channel, I will wrap up this post with healthy dose of Rivera-age in the form of a 16-minute clip that is all Jo, Vee, Vivi, and Isaac! In other words, a “Being Vee” sequel of sorts: