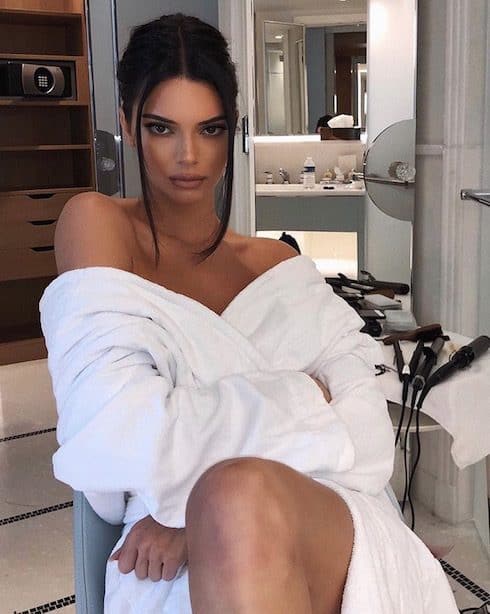 Now that her tumultuous time with Blake Griffin has come to an abrupt close, it looks like Kendall Jenner has begun playing the field once more. But Kendall hasn’t strayed too far from the upper ranks of the NBA. Her new beau is yet another budding superstar — that is, unless she’s dating two people at the same time once again.

Who is Kendall Jenner dating now? What happened with Blake Griffin?

Kendall and Blake make it almost a full year together: they were first spotted out on unofficial dates last August, and reports that the two of them were hot and heavy quickly followed.

The two went official last October — partly out of pressure from Blake’s ex, former USC Trojans basketball star Brynn Cameron, who had a child by Blake and had been his girlfriend and partner for years.

Brynn taking the kids and moving out was a bad look for Blake and Kendall, to say the least — but the worst move from a PR standpoint came a few months later, when Brynn formally accused Kendall of homewrecking in the $100 million palimony suit she brought against Blake. (You can read that suit in its entirety in our earlier report here.)

Since Brynn’s attorneys filed the lawsuit on Valentine’s Day, Blake and Kendall had been fairly quiet. A few weeks ago, rumors that Kendall was turning down modeling gigs because she was pregnant with Griffin’s child cropped up, though Kendall’s own high-profile crop-tops quickly disproved them.

But now, it would seem that the pair’s relationship wasn’t strong enough to weather the ongoing tabloid scrutiny. It looks like things between Blake and Kendall have dissolved completely, and that Kendall has another, younger NBA All-Star on her arm.

According to their report, Kendall and Ben are actively bi-coastal with their dates: they’ve been out together in Beverly Hills and Manhattan, both solo and with groups of friends. One insider added that “Security measures have been taken to ensure” the two of them can be together “hassle-free.” (Although, given the prevalence of paparazzi and cell phone interlopers alike, this could just be the source trying to make Kendall and Ben’s relationship seem more mysterious than two young beautiful people hanging out in sweats and boning a lot.)

21-year-old Simmons, a native of Australia, played college ball at LSU for one year before the Philadelphia 76ers selected him first overall in the 2016 NBA Draft. He then broke his ankle in training camp and missed the entire 2016-17 NBA season before debuting this past season, dominating on a Sixers team that won 52 games and becoming the front-runner for the Rookie of the Year award while doing so. (The award won’t be given out until after the NBA Finals.)

But at least one new report alleges that Kendall is with two boyfriends right now. Elle‘s latest suggests that Kendall is also in the middle of a low-key, fun fling with 18-year-old model Anwar Hadid, the younger brother of Kendall’s BFFs Gigi and Bella.

Kendall and Anwar “don’t want anything too serious,” though their recent two-hour makeout session “really was confirmation of a greater romance brewing.” And according to *that* report’s insider, “Kendall and Anwar have known each other for years and have always been flirtatious.”

Of course, this is hardly the time that reports have linked Kendall to two boyfriends at the same time. Devotées will recall that Kendall got together with Blake while still dating A$AP Rocky last year; the situation worked for a few weeks, but in the end Rocky was said to be “devastated” that he wasn’t Kendall’s first love, and he cleared the lane for Blake.

(Photo credits: Who is Kendall Jenner dating via Instagram)