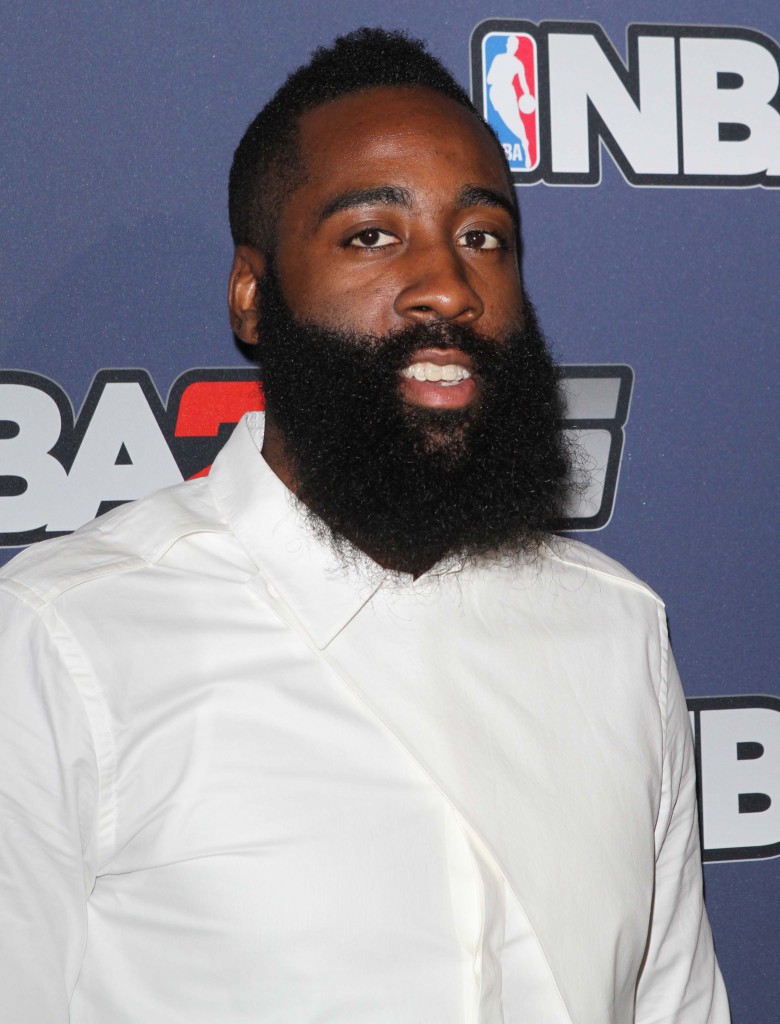 Khloe Kardashian, ex-NBA star Lamar Odom’s ex-wife, was spotted out and about and enjoying the Fourth of July festivities in Las Vegas this past weekend. Also at many of the same soirees and box socials was noted current NBA All-Star James Harden, the small forward for the Houston Rockets. Kardashian and Harden’s paths crossed at several points over the weekend, and the two apparently enjoyed more than just casual conversation.

The pair have been the subject of dating rumors for several months, and did nothing to dispel those rumors while chatting in a private cabana at the Encore Beach Club. According to People, Khloe Kardashian was having a good time sitting on Harden’s lap before being pulled away.

And further sources report that the pair had dinner together on the night of the Fourth at the Wynn hotel, before roaring off into the desert night to attend Chris Brown’s raucus holiday party. According to those sources, Khloe and James were snuggled up but good during the meal, and their PDA on the dance floor at Brown’s party was an eye-catcher.

The two hit it off capitally during a Hawaiian sojourn last month, but things plateaued after Lamar Odom’s hard month.

Now, though, “[Khloe’s] mind is in a completely different space….[She and James] have hooked up but are not an exclusive couple, and they may hook up again and start a relationship but its all in Khloe’s court right now.”

Of course, Harden has his own exes, as well. Former flame Trina took to Twitter with a seemingly innocuous comment; it’s widely percieved to be a dig against both James Harden and Khloe Kardashian: