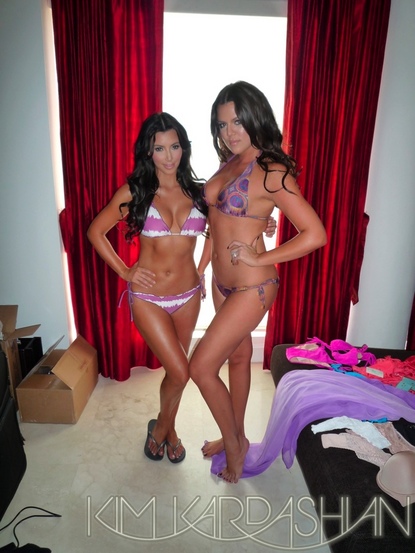 Sometimes Keeping up With the Kardashians equals Keeping up with the Klass-Action Lawsuits.

The New York Post says Kim and Khloe Kardashian are facing a potential lawsuit from Bursor & Fisher law firm, which is preparing a suit against Windmill Health Products, the fitness company the family struck a deal with in 2009. (Mom Kris and sister Kourtney also participated in promoting QuickTrim, but they’re zeroing in on Kim and Khloe because they both reported losing 15 lbs on the drug.)

The firm’ case seems to revolve around the fact that QuickTrim’s “secret” ingredient is a large amount of caffeine.

“The active ingredient in QuickTrim weight loss products is a large dose of caffeine . . . The FDA has determined that caffeine is not safe or effective for weight loss.”

“My firm has been retained by an individual that purchased QuickTrim, and we are investigating the matter. We have provided written notice of our client’s claims to the company and others involved in marketing QuickTrim,” and his firm is reaching out to other QuickTrim users. Bursor & Fisher has won or settled cases against firms peddling products including hair loss remedy Avacor and diet supplement Xenadrine.”

So basically, taking QuickTrim is like chugging black coffee or sugar-free Redbull, and the FDA does not approve caffeine as a valid weight-loss drug. If you have some caffeine, it can actually increase your appetite; and if you have too much, your appetite might go away, but you could end up with heart palpitations, dehydration, and a Klassic Kase of the Kaffeine Krazies.

The lawsuit is has not been filed yet. Last June (2011) the Kardashians had a $75 million case against them dismissed over a controversial credit card partnership that they walked away from. There have also been reports for months that jilted fairytale-husband Kris Humphries is planning to sue Kim or Kris Jenner over their controversial August wedding. Still no official details on that.

But all that aside, do y’all think Kim and Khloe should be sued over hawking caffeine pills as diet pills?