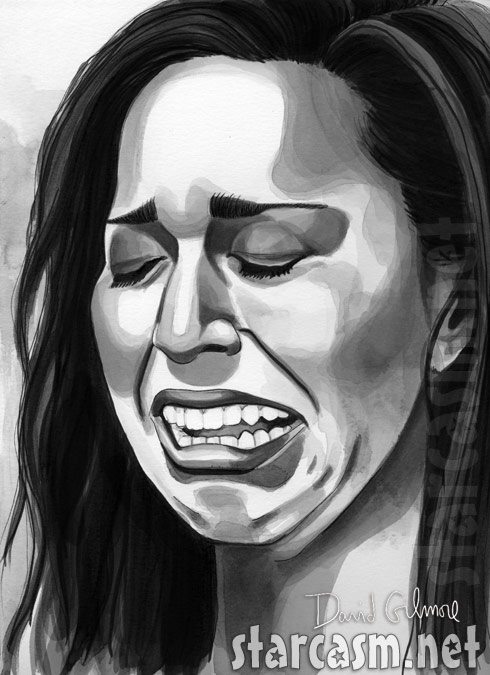 I’ve been a huge fan of “Pretty on the Outside” artist David Gilmore for years. His amazing and fun-spirited caricatures of celebrities (most famously the Real Housewives and RuPaul’s Drag Race contestants) never fail to bring a smile to my face and the words “That is soooo perfect!” to my mind. I have also been a huge fan of Farrah Abraham’s cry face for years, ever since her first ever breakdown on her episode of MTV’s 16 & Pregnant back in June of 2009, and continuing through her many, many more on Teen Mom, Couples Therapy and numerous talk show appearances.

Amazingly, it only occurred to me recently that these two of my favorite things were meant to be together! So, I reached out to David via email inquiring about the possibility of commissioning a Farrah cry face drawing as the first ever acquisition for the Starcasm Celebrity Art Collection. His response was just as I had hoped.

“I wasn’t familiar with Farrah’s cry face,” he wrote, “but I quickly Googled it and it’s everything!”

Needless to say, David was more than willing to do a commission, so I giddily ordered a drawing and began an excited and anxious waiting period that could only be compared to Christmas Eve.

David Claus virtually came down my chimney shortly after in the form of an email with even more than what was on my wish list! “I went a little overboard…” David revealed. “Instead of doing it as a pen drawing, I did it as a pen drawing with ink washes.” The email came with photos attached, including the one at the top of this post as well as this colorized version: 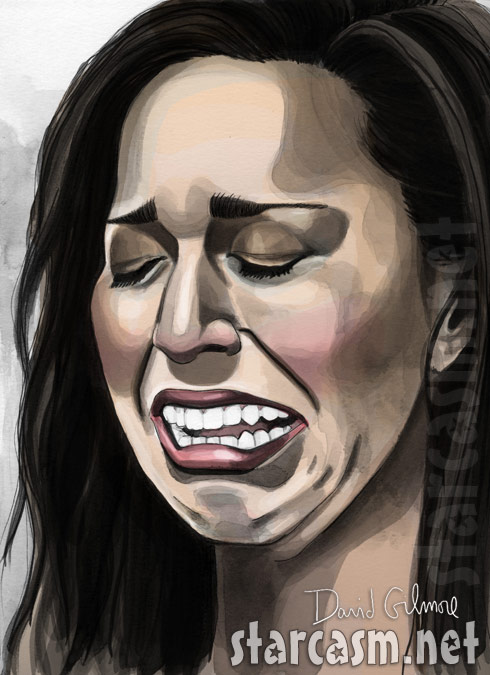 David then humbly added, “Hope that direction works for you.”

That direction DID work for me!!! I was hooked. (Is art collecting an addiction?) I was so excited I said yes to the wash and told David I wanted a drawing to boot!

Once again, David got a bit carried away, and instead of just one drawing I got two. Here they are: 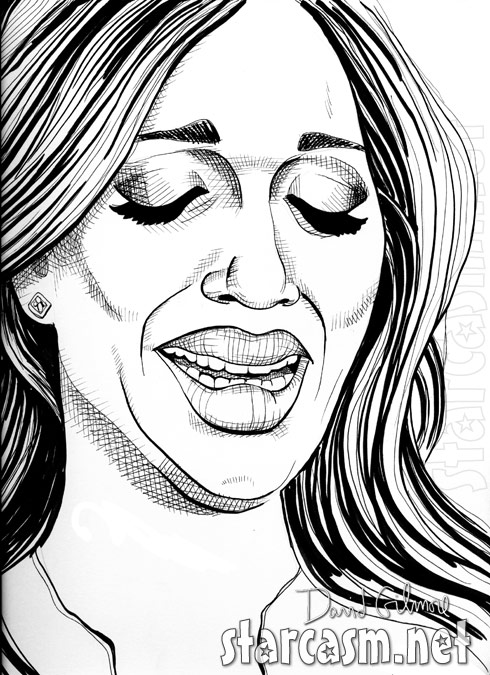 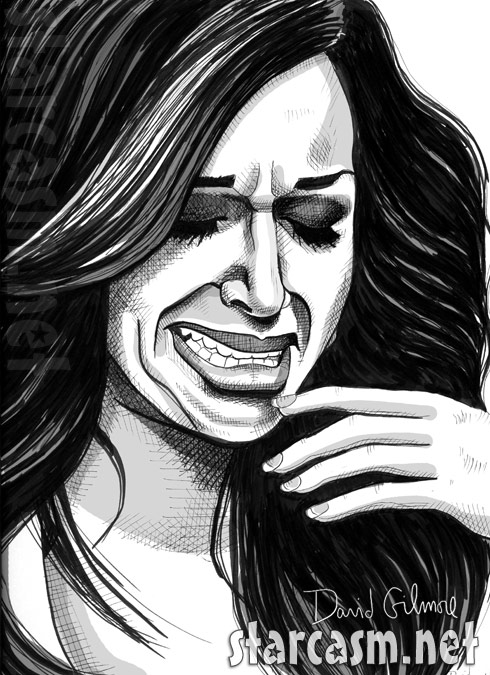 I love these so much I may just make myself t-shirts out of them!

Stay tuned because I’m guessing you will be seeing more David Gilmore portraits on our site in the coming months 🙂 Until then, you can see some of my favorites in a post I did back in July of 2012 when David was first looking into the possibility of doing murals. Also, you can go right to the source and visit PrettyOnTheOutside.com and browse through his entire collection!