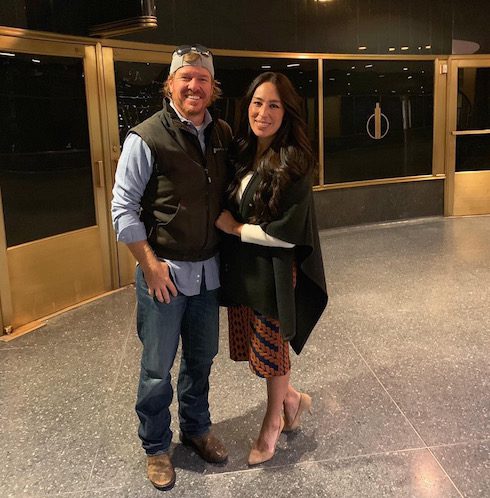 Fixer Upper stars and HGTV icons Chip and Joanna Gaines just announced their big return to television. Only it’s not just another season of the show that made them famous: the couple is getting an entire network to themselves. While this is huge news for fans of the Magnolia lifestyle brand, there’s still one important question: what exactly is Chip and Joanna’s TV network going to look like?

Though they shocked viewers by announcing that Fixer Upper Season 5 would be the show’s last, Chip and Joanna weren’t being *entirely* honest when they said they wanted to wrap up the show so they could spend more time with their family. (Though, to be fair, Joanna’s pregnancy with Crew, she and Chip’s fifth child, was a huge factor in the decision.)

Shortly after the announcement, it emerged that Chip and Joanna had been in the middle of trying to renegotiate their contract with Scripps, the then-owners of HGTV. According to reports from this time last year, the couple — who were starring on the most popular show on HGTV, and had become the unofficial faces of the network — were still laboring under what amounted to a rookie contract. Simply put, the Gainses wanted more money for their considerable appeal.

But you’ll note that we said Scripps was the “then-owners” of the network. Since then, Discovery has purchased Scripps. And, as we wrote earlier this year, it was rumored that the new powers that be were more amenable to Chip and Joanna’s demands.

And now, just over a year since Waco’s most famous couple filmed their last Fixer Upper episode, it seems they’re poised for a big comeback.

Their big TV announcement came — where else? — on a TV show

Enter The Tonight Show Starring Jimmy Fallon, which booked Chip and Joanna for an appearance last Friday. The appearance was ostensibly to promote Homebody, Joanna’s new book. But it became clear very quickly that the book was not the real reason the two were on the show. In fact, in the clip below, Homebody only comes up at the very end of Chip and Joanna’s segment — it’s rushed in at the very end, after Chip has spilled the tea:

When Fallon asks if Chip and Joanna would ever return to television, Chip had this to say:

We signed a nondisclosure, and it said, quote-unquote, ‘You can tell your ‘mother,’ but that’s it.’ So, mom, I just wanted to make a quick announcement: We are coming back to television, you’re gonna get to see the kids grow up, you’ll get to see us — obviously, maybe a six-month delay like the rest of the world, but — we’re excited to be back!

Again, though, that announcement just further buried the lede. The real news isn’t that the pair are getting their own show; they could have had a show on any network they wanted. Which is probably why we’re not just getting a show; we’re getting Chip and Joanna’s TV network:

Long story short, we just learned a lot, through the five-year process of being on Fixer Upper. And I think some of the things that really caused us the most problems, we have concluded, ‘I think we can figure this out.’ So we’ve actually partnered with David Zaslav and Discovery; we’re actually gonna have a network; and I think we’re gonna really carve it out in a way that makes a lot of sense to us and our family. It’s gonna be filmed a lot in Waco, Texas, so we don’t have to travel a whole lot; so, all things being equal, we could not be more excited.

(One quick aside: Watch that clip again and only pay attention to Joanna. Her body language and especially her facial expressions seem to betray *something* weird going on. Maybe it really was, as Joanna would later claim on Instagram, just that Chip wasn’t supposed to announce their TV network yet. Or maybe she’s just uncomfortable with the whole thing and wanted to get more than six words in edgewise.)

Other than working more long hours and inspiring haters to call them fake parents, what should fans expect from Chip and Joanna now?

For starters, they aren’t going to be building a TV network from scratch. Variety reports that the Fixer Upper channel (which we’re calling it until the inevitable announcement that its real name is “Magnolia Network”) will initially be a rebranding of a network that already exists. The company intends “a makeover of either Great American Country or DIY,” both of which are in approximately 60 million homes. (HGTV, for comparison’s sake, is in about 95 million.)

And the official announcements don’t offer much new info — mostly because the deal for Chip and Joanna’s TV network is far from finished. Magnolia’s press release confirmed only that all parties are “in the early stages of talking with Discovery about a lifestyle-focused media network.”

Similarly, Discovery praised the Gaines’ storytelling ability, and explained that they want the Fixer Upper network to “nourish millions of people with quality, family-friendly programming.” Discovery’s announcement also added that the network will be accessible “across all screens”; if you weren’t already watching Chip and Joanna on your phone, it’s about to get easier to do just that.

So, though they’ll be at least partly in charge of what gets on the air, the Gaines’ network won’t just be Chip and Joanna 24 hours a day. And it might not even include Fixer Upper. Discovery owns HGTV, but Fixer Upper is still a staple of that network’s programming; tearing it up by the roots and moving it over to another channel — even one that Fixer Upper essentially built — might not be in the company’s best interests.

In any event, if you’ve been jonesing for more home renovation shows set in Waco, you’re about to get your fix. And if you’re craving the overall Chip and Joanna aesthetic, but want some new locales, we’ll remind you that Magnolia Home, the couple’s real estate agency, operates in a half-dozen cities around Texas. Cable TV is about to get a lot more Gaines-ified, for good and ill.

Just in time for the Super Bowl, there’s a new Deadspin for your hot take enjoyment

FIXER UPPER When is Joanna Gaines’ due date?