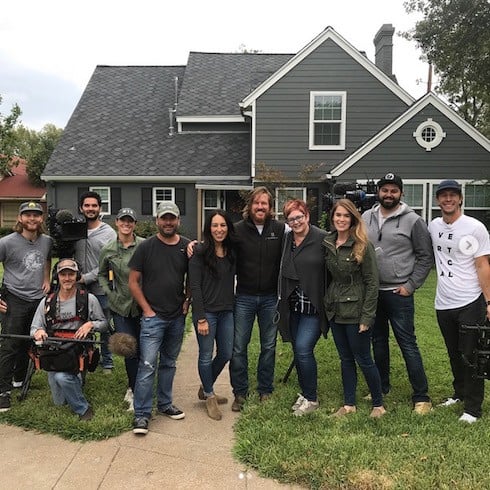 We’ve now heard three different reasons for Fixer Upper cancelled, and the third is simultaneously the most understandable and alarming of all. First came Chip and Joanna’s official announcement, in which the pair said they simply needed “to catch [their] breath for a moment.” Given that the past three years have seen them become the face of HGTV, expand their operations into the gigantic (and gigantically popular) Magnolia Silos in downtown Waco, revitalize the city’s tourism industry, and launch a furniture line, a book, a quarterly lifestyle magazine, two bed and breakfasts, and a restaurant, the claim wasn’t hard to believe.

Then came the claim that the Gainses were also concerned for the safety of their children, and hoped that pulling the plug on Fixer Upper might relieve some of the pressure generated by 20,000 tourists visiting Magnolia every week. Families who’d had their homes featured on Fixer Upper could already attest to the number of people who drove by, gawked outside and took pictures, and sometimes even rang the doorbell and asked for a tour, so it was easy to believe that Chip and Joanna were experiencing at least that level of scrutiny, and weren’t wild about it.

But another new report on Fixer Upper cancelled alleges that there might be more to the story. A Page Six article claims that at least one other reason–perhaps the “real reason”–is that Chip and Joanna want to renegotiate their contracts. The Gainses “signed the general Scripps talent contract,” which is said to be “very restrictive,” when the company–Scripps owns HGTV–agreed to produce fixer Upper back in 2012. But Discovery recently bought Scripps, which apparently has led the Gainses to believe that when the sale is finalized and the restructuring is complete (believed to be early next year), they’ll be able to leverage their star power into a better deal from the new owners.

As Chip and Joanna grew more famous and popular over the years, the HGTV conceded to a few changes to their contract — like not taking a percentage of their Target collection—but they still wanted the Gaineses to shoot long days, promote the show and just work their butts off….So they are using this end of their contract as a total renegotiation to get the deal they really want: more money, less work, more control. The timing of Discovery buying Scripps worked well in their favor. With Discovery hopefully now about to own Scripps, they are rolling the dice thinking the new owners will come running after them and give them the deal they really want.

As a Jezebel follow-up pointed out, HGTV has flatly refuted this claim, calling it both “inflammatory information” and “inaccurate.” And, as we pointed out in the wake of the Gainses’ announcement on Fixer Upper cancelled, nothing in the announcement itself says that the door is permanently closed on new episodes of the show in some not-so-distant future.

So, regardless of the reason the show is ending in 2018, it’s entirely likely that we’ll get more of Chip and Jo’s antics before long. If they get a new contract from Discovery early next year, it’s possible that Fixer Upper Season 6 would begin filming next summer for a release sometime in 2019, if not sooner. And it’s damn near impossible for anyone to truly go out when both young and on top. When they do return, hopefully it’ll be more like Michael Jordan’s second three-peat with the Bulls and less like the Wizards years.