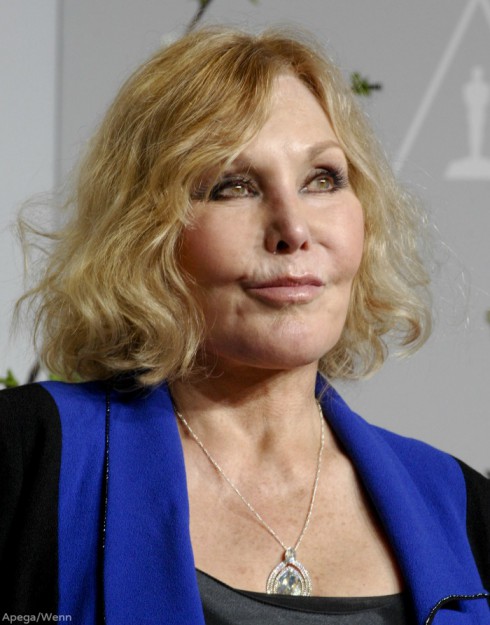 More than 20 years after retiring from acting, 81-year-old former cinema star Kim Novak returned to the public eye in a very big way by presenting an award during the Oscars on March 3. To most who hadn’t seen the actress in years, her appearance was undeniably different — leading Donald Trump to comment she should “sue her plastic surgeon.”

Now, a month and a half later, Kim is addressing the comments.

“After my appearance on the Oscars this year, I read all the jabs,” Kim said in a Facebook post on Thursday. “I know what Donald Trump and others said, and I’m not going to deny that I had fat injections in my face. They seemed far less invasive than a face-lift. It was done in 2012 for the TCM interview special. In my opinion, a person has a right to look as good as they can, and I feel better when I look better.”

Before & After Kim Novak: During her film career, in 2004 and this month.

She added she made the mistake of fasting for three days and taking a pill to relax before presenting an award with Matthew McConaughey, which caused her speech to be slightly halting. She said she regrets taking that pill, but said doesn’t think it excuses the bullying she was subjected to by “the press and the public on the Internet and TV.”

Kim, who was most active in the 1950s and 1960s, explained her lack of self-confidence was actually what drove her to retire in the early 1990s.

“I walked away from Hollywood partially because I didn’t stand up to the bullies. I caved in to the pressure instead of fighting for what I felt was right… And I didn’t have the courage to prove myself to my peers through my work,” she said. “However, I will no longer hold myself back from speaking out against bullies. We can’t let people get away with affecting our lives. We need to stand up to them in a healthy way by speaking out, working out and acting out. I am speaking out now because I don’t want to harbor unhealthy feelings inside me anymore.”

Speaking to People today, Kim said she decided to speak out so both bullies and people being bullied can learn from her experience.

“For days, I didn’t leave the house, and it got to me like it gets kids and teenagers,” she said. “I realized that I had to stand up not only for myself but for other people that don’t have the courage to do so. I feel like I have a mission.”

In How to Make Money Selling Drugs, Eminem reveals the addiction that nearly killed him