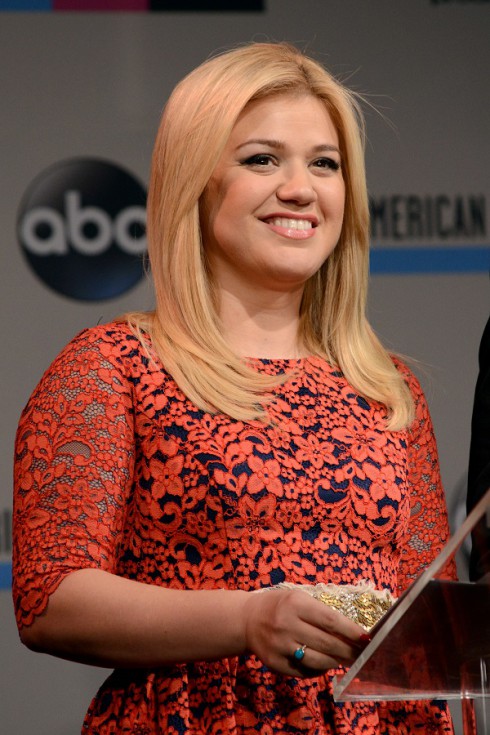 Most celebrities try to keep their plans for engagement, marriage and babies (and breakfast, lunch and dinner) under wraps, but Kelly Clarkson has no problem sharing this information with fans!

The singer, who is eloping “soon, very soon” with fiance Brandon Blackstock, says she wants just one thing for Christmas this year. “I already told [Brandon] that when we’re past the wedding, I want a baby,” she said in an interview with Access Hollywood. “I was like, ‘That’s my Christmas present you can give me.'”

No pressure or anything, Brandon!

But seriously, Kelly has been so happy ever since she started dating the talent manager, who also happens to be Reba McEntire’s stepson. We love her honesty, especially since it seems the reason she’s being so forthcoming is because she can’t contain her excitement!

In the meantime, Kelly’s getting in some mommy practice courtesy of Brandon’s two children (Savannah, 11, and Seth, 7) from a previous marriage. “I love doing homework with them,” she says. “I love just the whole thing. It can get overwhelming for every parent, especially with your schedules when you’re working and stuff. But, at the end of the day, it’s so much fun just to come home,” she said, before explaining how being a mother figure has changed her. “I’ve never worried about other people. I’ve always been really selfish. It’s like, you worry about other people now. It’s the whole thing.”

Not that it’s up to us, but we wouldn’t mind Kelly having like 100 babies. It just seems like the more people who have Kelly Clarkson for a mom, the better. She could even star in her own TLC series called 99 Kids and Counting.

Bethenny Frankel gets her own talk show