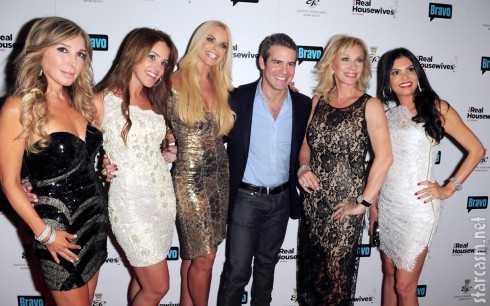 Bravo has been long in silence in regards to the Miami version of The Real Housewives franchise. The show was pretty maligned but there was a lot of great drama that regretfully happened outside the parameters of the taped shows. Lea Black and Cristy Rice’s party crashing war that exploded on an episode of Watch What Happens Live was amazing. Alexia Echevarria’s diss of the entire city of Hialeah made big news down in South Florida and Marysol and Mama Elsa Patton’s road trip to appear on WWHL is one of the best moments from all of the shows.

The real save if the latest reports from The Miami Herald are accurate had to come from the (Miami) heated live reunion show that had manicured fingers pointing and Andy Cohen almost speechless on a number of occasions. My RHoM crush Adriana de Moura went off on Cristy Rice and the stoic and seemingly disinterested Larsa Pippen. Things got pretty nasty and entertaining of course.

According to the report Bravo is taking over the show in full, axing the show’s original casting agents and producers while bringing in their own peeps. This inside source is stating that not everyone will be back for the 2nd season and that Bravo big wigs are in town to re-interview the original cast members. As for Bravo, they’re remaining predictably ambiguous about the show with Senior Press Manager Kristen Andersen stating, “We haven’t made any announcements regarding a second season.”

I would assume that Lea Black, Cristy Rice and Adriana de Moura would be back and I would lump Marysol Patton in because she’s the link to the biggest RHoM star of all, Mama Elsa!