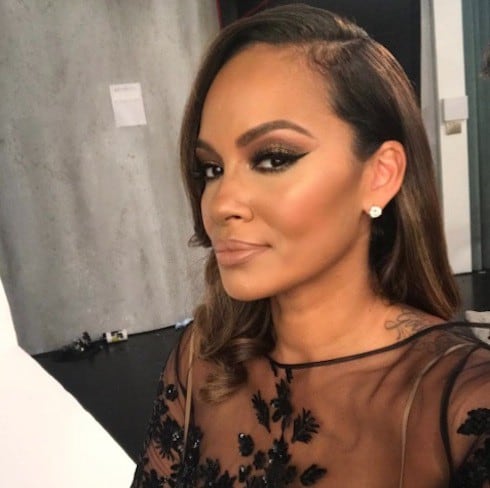 Yesterday, we reported on two new articles claiming that Basketball Wives‘ Evelyn Lozada had likely split from Carl Crawford, the former Los Angeles Dodger and her fiancé since New Year’s Eve 2013. Over the past 24 hours, gossip regarding Evelyn and Carl’s relationship has only gotten louder, and, earlier today, Evelyn herself released a statement on the matter through her rep.

Evelyn and Carl’s relationship is a private matter. Their primary focus is being responsible parents to their 3 year old son. There are no other comments at this time.

However, VH1’s headline for the article reads “Evelyn Lozada’s Reps Confirm Her Breakup With Carl Crawford.” So, given that the statement itself doesn’t actually confirm a split, it looks like this might just be the latest example of VH1 jumping the gun on major news involving one of its reality stars.

And Evelyn is also being as chill as ever on social media. Her first Instagram post after the split was announced certainly betrayed no raw emotions:

She’s also been engaging with fans and well-wishers on Twitter for several hours as of this writing, which is, frankly, somewhat unusual for a major reality star in the wake of a major breakup. Based on a sampling of her comments and retweets, it sounds like the split was at least civil, if not amicable:

Thank you! God bless you too ❤️ https://t.co/0Rnjs3qCqT

I did forgive… I just choose not to be "friends" & for the millionth time, I never went after anybody! … https://t.co/EgrNVX5Uj9 https://t.co/9fwl7H8bS4

The Basketball Wives Season 6 reunion, which airs Monday night at 9, was taped weeks ago, so it’s unlikely that the Evelyn Lozada split will be addressed there. And it’s possible (likely?) that the show will chronicle Evelyn’s adventures getting back in the dating game if it’s renewed for a seventh season, but VH1 has yet to address a renewal.

Regardless, we’re sorry to hear about the split and wish both Evelyn and Carl all the best.

Kaley Cuoco and Ryan Sweeting announce divorce, remove traces of each other on social media