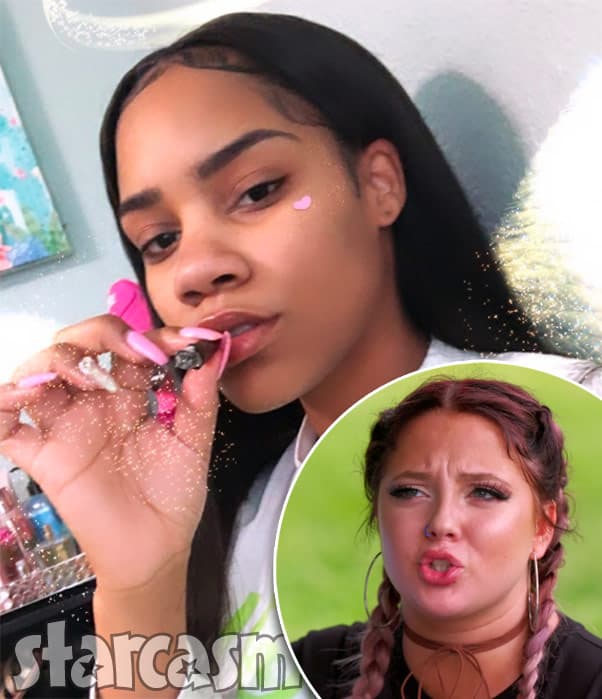 It was announced last month that Teen Mom: Young and Pregnant star Jade Cline will be replacing the recently fired Jenelle Eason on Teen Mom 2. But, according to Jade’s Young and Pregnant co-star Ashley Jones, Jade wasn’t the network’s top choice!

Ashley was doing a fan Q&A on her Instagram live on Wednesday when someone asked her “Why aren’t you on TM2?”

“They offered and I declined,” Ashley revealed. “I started TMYP and I’m comfortable there ???.”

Ashley claiming that she was offered the job comes on the heels of Jade throwing a little shade Ashley’s way during her recent appearance on the Coffee Convos podcast officially announcing her addition to Teen Mom 2.

Jade was asked about her relationship with her Teen Mom: Young and Pregnant co-stars, and whether or not she talked with them about changing shows. “Honestly, I don’t really have a relationship with any [of the other moms],” Jade said, according to a recap by The Ashley’s Reality Roundup.

“We never really hung out and we’re all kind of different. I feel like my mindset is very older. Compared to a lot of the other girls, I just have…I’ve always taken care of myself, since I was younger. CPS took me away from my parents when I was 16 years old. I’ve been taking care of myself since then, so I feel so much older. I feel like I didn’t vibe with a lot of them.”

Jade continued: “They’re only a couple years younger than me, but I feel like mentally, they were just in a different spot. I know a lot of them live with their parents; I’ve been out of my parents’ house since I was 16 years old. I’ve been on my own for six or seven years, so I feel like I didn’t vibe with anyone or talk with them as much just because I was just somewhere else mentally.”

I’m sure Jade talking about how her “mindset is very older” than Ashley’s DID NOT sit well with Miss Jones!

UPDATE – After we shared our post, Ashley offered up her response:

Living with parents has nothing to do with a mindset ?? I’m blessed to have parents who are in the position to help me ? I’m sure if your parents had a house you would have been there also ?

Jade later revealed that she ghosted her Young and Pregnant co-stars who asked about the Teen Mom 2 rumors, except for Kayla Sessler. “The rumors started and I didn’t say anything to anyone,” Jade said. “Obviously they said ‘don’t tell anyone s**t.’ But, of course, Kayla asked me and I was like, ‘Yeah, I am,’ and she was like, ‘Oh, OK, are you leaving? She’s sad.’”

“And then Ashley [Jones] messaged me and I just deleted it…I just don’t talk to her, so I’m not going to answer.” Jade made sure to emphasize that snubbing Ashley wasn’t personal. “If Brianna [Jaramillo] asked me I would have just deleted it, too. But Kayla and I talk all the time so I’m obviously going to sit and tell her.”

Is #TeenMom #YoungAndPregnant star @_mermaidbarbie dating rapper @600Breezy? See the photo & read their flirty comments! Plus, Ashley reveals she has "been single since December!" https://t.co/3hRga3npqq

Getting back to Ashley, she and her younger mindset spent a few days partying it up in Los Angeles with her new beau, rapper 600 Breezy. Ashley shared numerous photos and videos with Breezy, including several in various states of undress in their hotel room.

The relationship still seems to be on the Instagram story level and not the Instagram feed level at this point, however. Neither Ashley nor Breezy posted a single photo or video of themselves together in their feed. 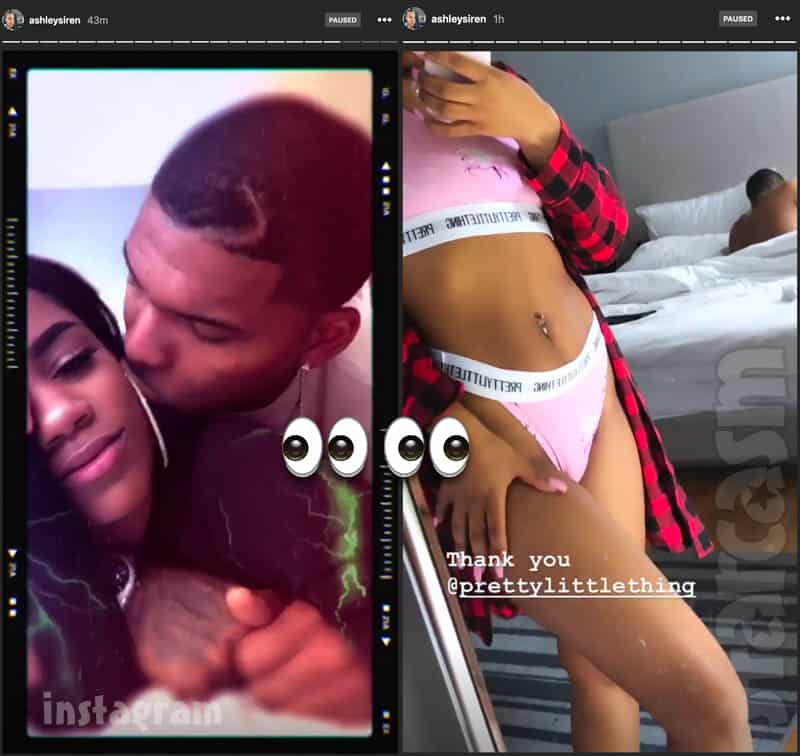 SHEN IS FILMING WITH MTV AGAIN

In a bit of shocking Teen Mom: Young and Pregnant news, Bariki “Bar” Smith’s mom Shen has announced that she will be returning to the show! Fans will recall that she parted ways with MTV in a less than friendly manner — and she has since moved across the country to Ohio with her youngest daughter.

“So ladies, I am back filming for the show,” Shen announced this week on Facebook. “I know I was done, but there are a few reasons I did it,” she explains, before listing the reasons numerically:

1. My son and producers asked me.

3. A lot of you said use the platform for Troy [Shen’s son who is currently trying to overturn his murder conviction] and my story, so I went back into contract.

I am guessing that Ashley and Bar’s break up had producers scrambling for people that Bar could film with, and of course Shen would be the number one choice! Given how far away she is, I assume we will be seeing a lot of Facetime conversations between her and Bar next season.

David and Jenelle Eason are homeschooling his daughter Maryssa