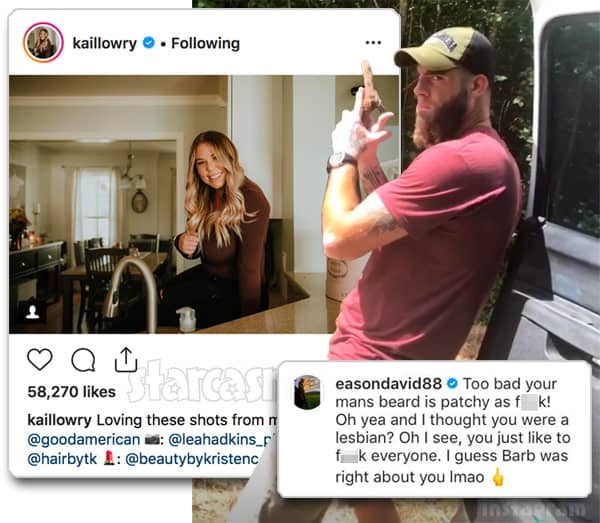 I don’t think there’s anything that Teen Mom 2 dad David Eason likes more than hunting, and this week he took the safety off on his judgmental Nerf gun wit and headed to Instagram to try to take down his wife Jenelle Eason’s MTV co-star, Kail Lowry.

The attack came in the comments section of a photo posted by Kail four days ago from her recent shoot as part of her new campaign with Good American. The photo shows Kail relaxing in the kitchen in a long-sleeve shirt and black jeans. “Loving these shots from my shoot! ??” Kail captioned the photo, tagging Good American as well as the photographer, hair stylist and makeup artist for the shoot.

Perhaps it was Kail using the term “Good American” that set David off? (He definitely has his own notions of what a good American is, and I don’t think Kail fits his bill.)

Regardless of what the trigger was, David unleashed on Kail as well as Lux’s dad Chris Lopez. (Oddly, David used the word “patchy” in his attack on Chris, a word commonly used by his distasteful detractors due to his vitiligo.)

“Too bad your mans beard is patchy as f**k!” David wrote. “Oh yea and I thought you were a lesbian? Oh I see, you just like to f**k everyone. I guess Barb was right about you lmao.” He signed off with a middle finger emoji.

He would later return to tack on: “Oh and btw, Jenelle said she will NOT go on that show with you to ‘make amends’ as their [sic] was no friendship to begin with!”

One commenter referenced Jenelle’s recent 911 call, in which she accused David of assaulting her, by writing “I see you take time out from abusing your wife to verbally abuse other women ??‍♀️?”

David fired back with a joke about Kail’s estranged mother. “Kails mom said she likes it when I talk nasty so I figured she probably would too.”

Another commenter recalled reports that Jenelle and her on-again, off-again BFF Tori Rhyne elevated their relationship status to BFFs with benefits on occasion. “But didn’t Jenelle date girls too ?? lol so does that make her a lesbian too?”

David reminded that commenter that he is an internet certified historian by clarifying: “No she didnt sweetheart.” 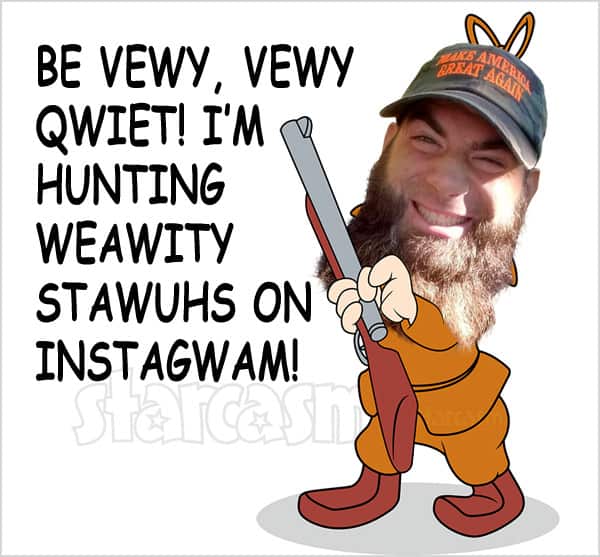 Meanwhile, Kail caught wind of David’s sneak attack and she essentially shook her damn head in response. “Imagine being a grown ass man trolling on your wife’s costars Instagrams,” Kail tweeted, adding: “? married a winner.” In a separate tweet she seemed to suggest that MTV might have something lined up where Jenelle and Kaill will be together. “But we shall cross paths again one day ?” she wrote.

A Twitter user reacted with her take on David and Jenelle’s relationship, as well her opinion on whether Chris or David was more attractive. “David is using Jenelle just like everyone else has & Chris looks better than David there’s no question.”