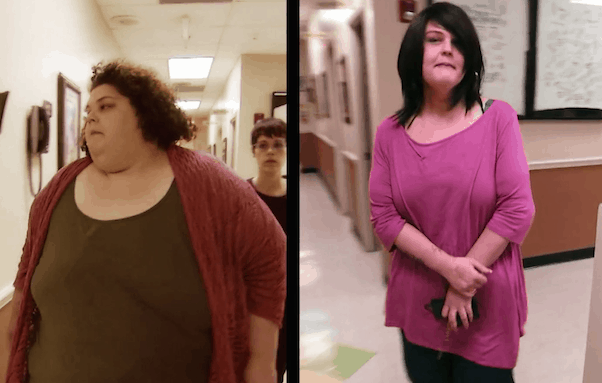 Despite living through a horrible tragedy, My 600 Lb Life star Sarah Neeley has continued on her weight loss journey — and found some serious success. How much weight did Sarah Neeley lose? We knew she was dropping pounds steadily, but after her first Where Are They Now? episode we’ve got confirmation that Sarah has effectively reached her goal weight!

Earlier this week, Starcasm broke the story of the miscarriage Sarah suffered earlier this year — while still filming her follow-up. At the time, Sarah wrote that the loss of her four-month pregnancy had left her feeling broken and without direction. “My purpose is gone,” she wrote, adding, “I’m hurting in a way I never knew a person could hurt. I’m hurting deep in my soul.”

And Sarah’s miscarriage was a part of her follow-up episode. But her portion of the episode (she shared it with fellow Season 6 stars Lee Sutton and Rena Kiser, who’ve been dealing with their own problems of late), which looked to have been filmed quite recently, did end on a positive personal note. Sarah’s final weigh-in, at one year and ten months, revealed that she was just seven pounds away from the goal weight she’d set for herself.

So how much weight did Sarah Neeley lose? The Ohio native has gone from a peak weight of 642 pounds at the beginning of her debut to 393 at the end of it, then to 320 just a couple of months later, and to somewhere in the low 200s by the time we last did an update on her this past January.

But at her most recent visit with Dr. Nowzaradan, Sarah was all the way down to 197 pounds. She’s lost a total of 445 pounds, which as of this writing is the eighth most weight of any cast member ever to appear on My 600 Lb Life. However, even that impressive figure doesn’t tell the whole story. Sarah’s 445-pound weight loss represents a whopping 69.3% of her peak weight — and when calculated as a percentage, Sarah has fourth-highest weight loss in My 600 Lb Life history.

Even Dr. Nowzaradan couldn’t hide his happiness upon learning the news. “I didn’t recognize you,” the smiling doctor said upon meeting Sarah in the exam room. “If I saw you on the street, I wouldn’t know who you were.”

We should also point out that Sarah’s weight loss has all come *before* skin removal surgery. In fact, her episode ends with Sarah planning to move back to Houston briefly, in order to undergo the procedure. And after her follow-up aired, Sarah took to social media to thank her friends and followers and confirm that she is planning on filming a third episode over the coming year!

I honestly never expected to go down this [road], on this crazy drive. Although it’s been bitter sweet. The bitter is behind me. You guys have followed behind me with every ounce of blood, sweat, tears, and pounds. I’m so ready to just move forward and focus on on Me , for once in my life I’m gonna do ME. I DESERVE that for myself. This experience threw me out into the real world, where I started off crawling not yet running, but jogging. There have been quite a bit of pot holes in the way, but I got through, and am getting through still. I never once in my life thought in my mind, that I would ever make it to my goal. I’ve learned alot about myself, and I have a lot more to learn. There’s been alot of losses and a lot of wins. I guess that’s just what life’s about. I’m ready to make a better me all the way around. I’m gonna work my ass off to get what I want. I am ready for MY THIRD EPISODE! I DID IT GUYS! I REACHED MY GOAL! I COULD HAVE NEVER DONE IT WITHOUT YOU. ❤ THANK YOU SO MUCH.
HERES TO A THIRD YEAR!
#sarahsstory #sarahsweightlossjourney #houston #drnow #my600iblife #wherearetheynow #goalweight 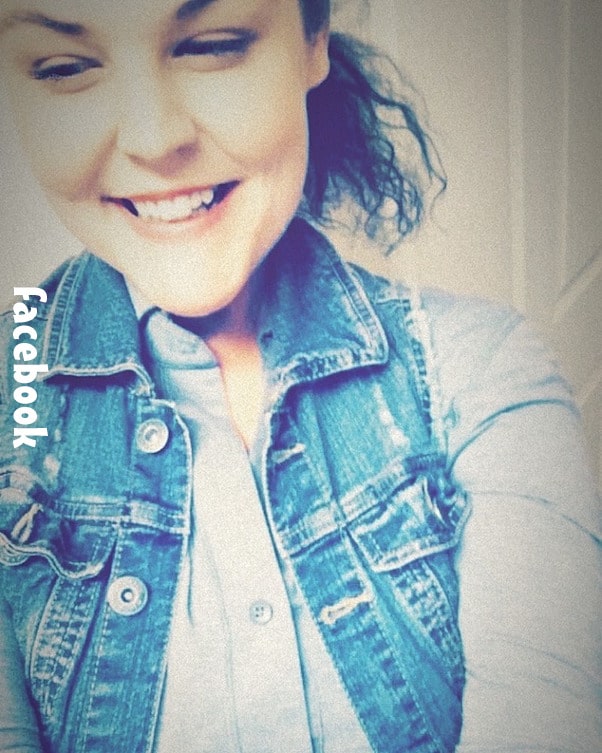 The caption says it all: “Free to be me.”

Congratulations to Sarah on all her success! Hopefully, we’ll get another update around this time next year. Until then, Sarah’s Where Are They Now? episode is available for streaming on the show’s official site, via TLC.

(Photo credits: How much weight did Sarah Neeley lose via TLC, Facebook)

Nicki Minaj gets a makeunder, tells women to be their own boss