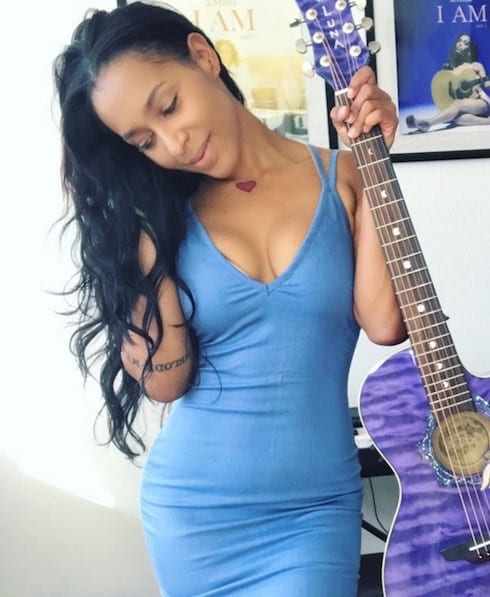 Amina confirmed the news on the first episode of Rocsi Diaz and Nina Parker’s “Little Black Dress” podcast; she wasn’t a bit reticent, cautioning only that “I was debating whether or not to put it in the book….It’s something that I will always remember; I will always remember that night.”

Amina explains that she and Peter went to a party together the night before their marriage. She “took a pill” for one of the only times in her life; Peter wasn’t necessarily down with Amina doing drugs, though the implication is that he had already taken one and Amina was merely joining him. (It’s also implied that the pill is ecstasy.) “If you really read it,” Amina said, “I only talk about myself; I never say ‘us.'”

And, on a related note, Amina discussed the long-standing rumors that the reason she’s stuck with Peter for so long is that sex with him is the best in the world. She confirmed that her song “Best I Ever Had” is in fact about Peter, and adds that, after him, “everything changed.”

RELATED: How many kids and baby mamas does LHHNY’s Peter Gunz have? Full list + photos for each

When asked if she has “slipped up” and been with Peter since moving out to LA, Amina’s response was a breathy “Oh, definitely.”

Here’s the full Amina Buddafly interview from Little Black Dress. Skip ahead to about the 22-minute mark if you only want the juiciest bits:

Beyond the sexy times, Amina also confirmed that she isn’t getting back with Peter, “even though he asks [her] all the time to move back to New York.” However, the two remain legally married, and Amina acknowledged that she “doesn’t know what’s gonna happen in the future.”

PHOTOS LHHNY’s Dreamdoll is all about that plastic surgery life

Is Remy Ma pregnant? Uterine status a mystery as battles with Papoose loom