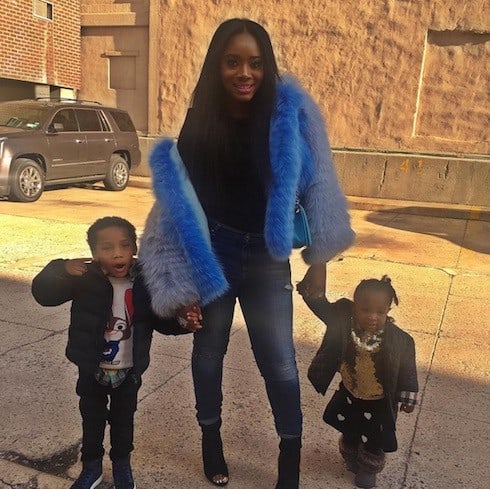 Samantha Wallace and Erika have been trying to bring down Yandy Smith-Harris all season on Love & Hip Hop New York; now, thanks to an alleged audio recording of the two of them together, we might finally know what they had in mind.

Here’s how the drama breaks down: Erika’s close friend Vanessa is dating Sug, and Samantha sees an opportunity to cook up a story about Sug and Yandy having an affair together. Samantha’s ears perk up when she finds out that Sug wants Vanessa to appear on LHHNY; unfortunately for her plot-spinning, though, Vanessa is reluctant to do so. Why doesn’t she want to shine before the cameras? According to Erika, Vanessa has a somewhat lengthy romantic history with many prominent performers in the rap and hip-hop industry, including Trey Songz, Fabulous, and LHHNY’s own Juelz Santana. (And, if Erika is to believed, with “every n*gga in Miami.”)

In any case, Vanessa decided not to pursue a chance at being on the show, and Samantha’s plan never germinated. Here’s the alleged audio of she and Erika together, courtesy of noted gossipsters The Shade Room:

However, after than plan failed to materialize, Erika decided to take matters into her own hands. She shaded Yandy on Instagram with a post making clear that she doesn’t believe a word Yandy says–and throwing some pretty slimy accusations her way, to boot. Obviously, having her child called a “break baby” on the most recent episode of LHHNY didn’t sit well, either:

But Yandy’s clap-back was swift, and so pointed it came nearly caption-free: