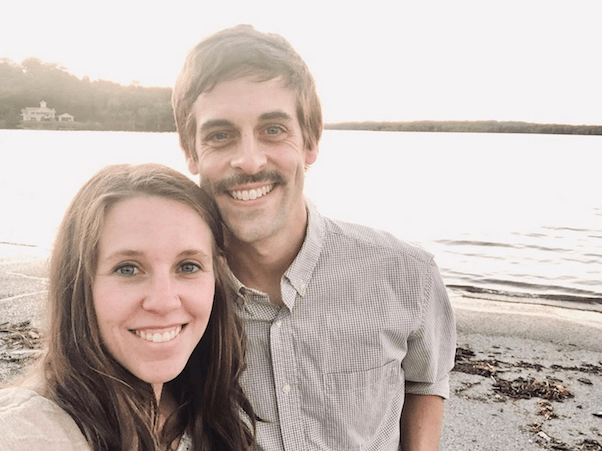 The noted Duggar observers over at Pickles4Truth were the first to share the below screenshots of Derick’s Instagram exchanges with fans following TLC’s announcement of the season premiere of Counting On last week. Derick’s Epstein comparison was arguably the most eyebrow-raising comment he’s made about his father in law in nearly a year of back-and-forth, but it was by no means all he said.

For starters, Derick again called Counting On “not anything close to reality,” and suggested he may “start a livestream during episodes, critiquing [in real time] what is really going on.” The suggestion appeared to get a positive response. We should also point out that Derick’s Instagram following alone is around three quarters of a million people (and that he still has a fair bit of time on his hands). 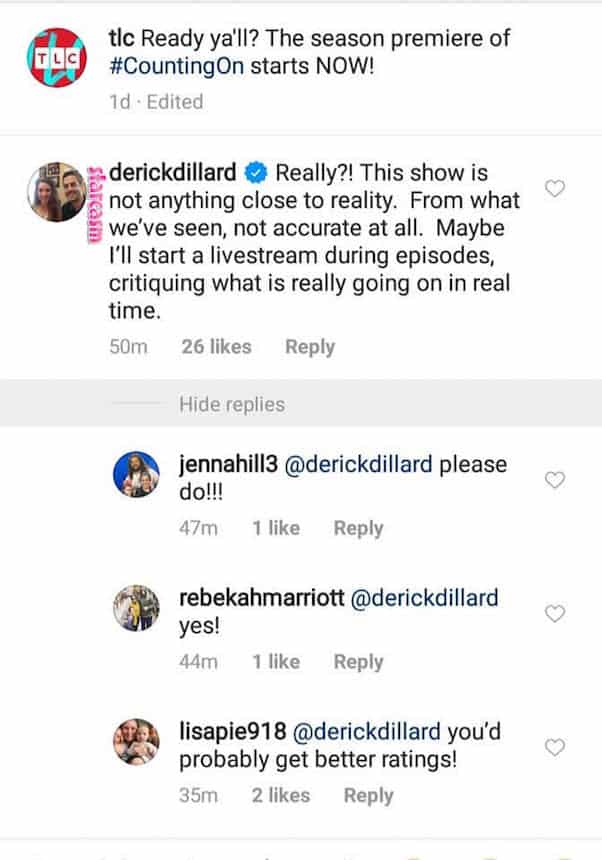 Shortly after that, Derick responded to a fan who said she “really [doesn’t] like seeing so much of jim bob on the show” by implying that Jim Bob’s presence is due to the “money, power, and influence” he wields. (It’s not immediately clear from the quote whether Derick is talking about Jim Bob’s power over his family or at TLC.) This is also the point where Derick makes the soon-to-be-infamous comparison between Jim Bob and Epstein — here’s the screenshot, followed by Derick’s complete quote: 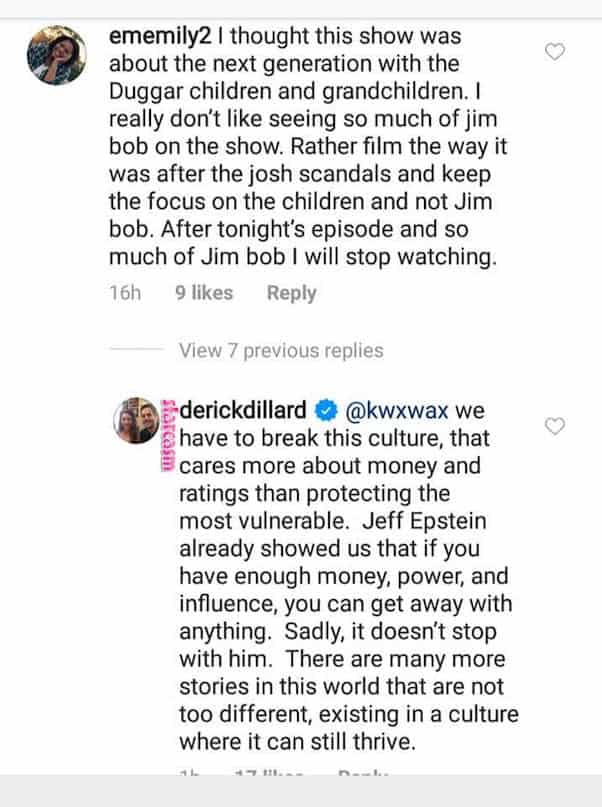 We have to break this culture, that cares more about money and ratings than protecting the most vulnerable. Jeff Epstein already showed us that if you have enough money, power, and influence, you can get away with anything. Sadly, it doesn’t stop with him. There are many more stories in this world that are not too different, existing in a culture where it can still thrive.

Derick also echoed a common belief among critics of both the Duggars in general and the family’s TV shows in particular: that, 19 Kids and Counting was never really canceled, because Counting On is effectively the same show. TLC “canceled [19 Kids] to be politically correct,” Derick claimed, “but then brought it back cause the money was too good. Money/ratings trump political correctness, which trumps losing money.” 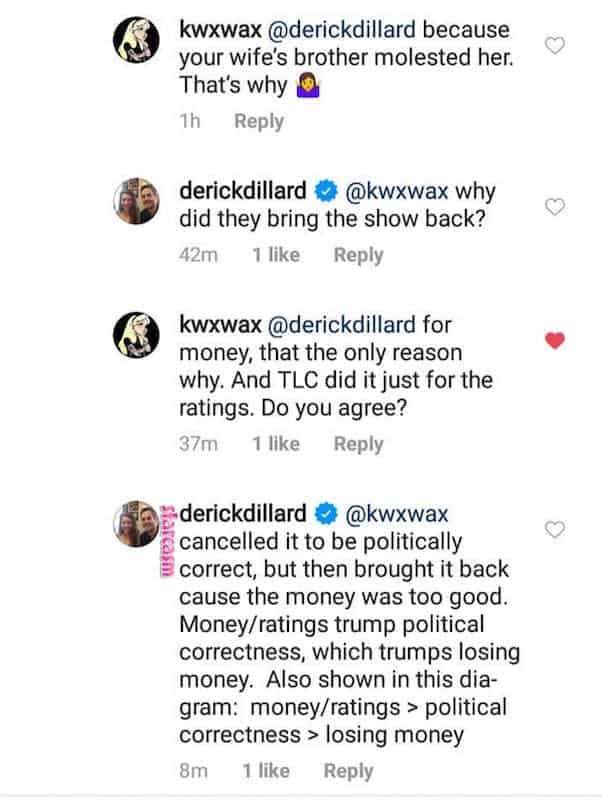 After that one-two punch, Derick responded to a fan who asked if his issue was with Jim Bob or the entire Duggar family. According to Derick, his issue is only with “the boss”: 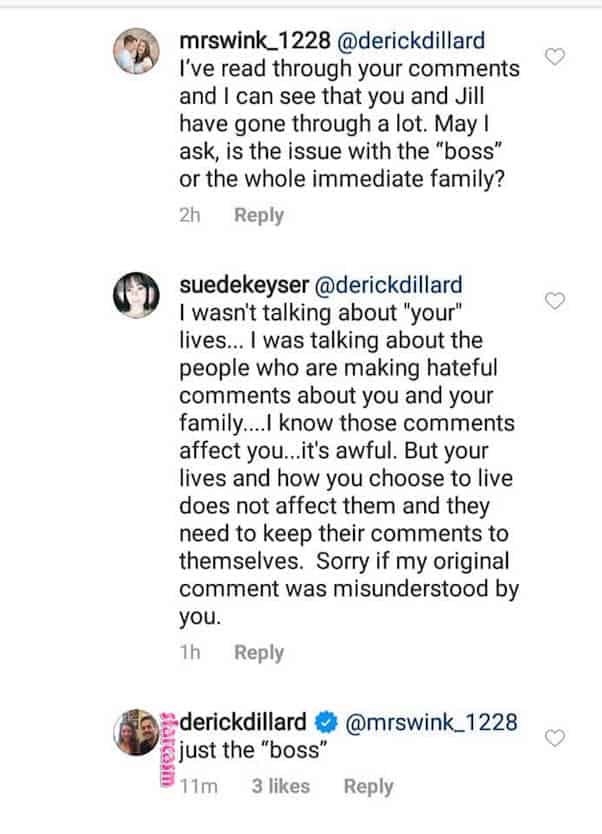 Elsewhere, Derick said he feels he has to speak out — even at the risk of sounding petty — because Counting On has “messed up” the Dillard family,” and “people should address their issues”: 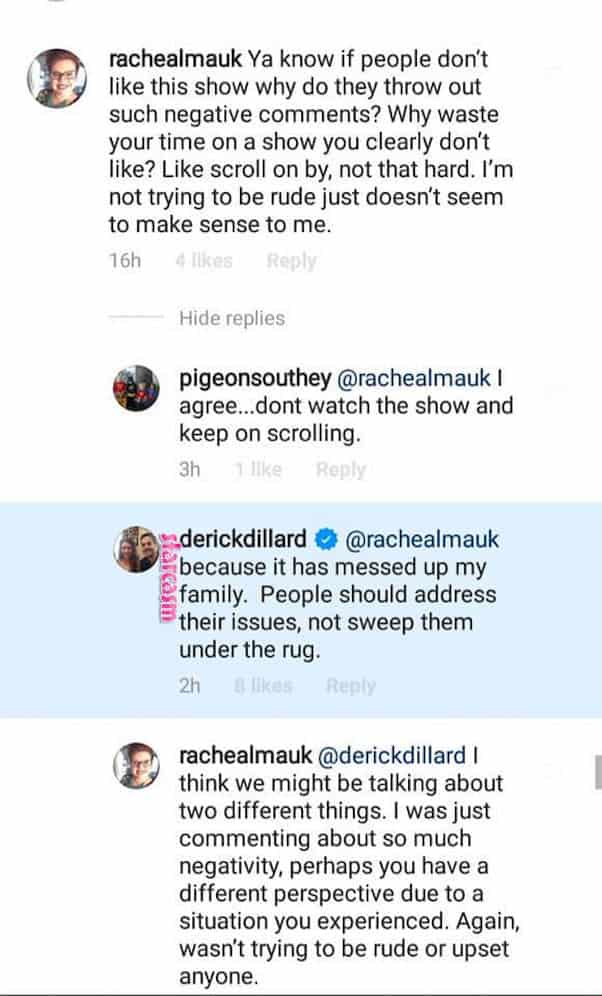 We also seemed to get another nod toward the still-unwritten Derick Dillard book. In response to a commenter who told him he should “speak out and tell the truth, not make passive aggressive comments,” Derick said, “In due time…in due time.” When the same person further told Derick to stop being “ruled by greed and money like JimBob,” Derick replied, “Totally agree.” 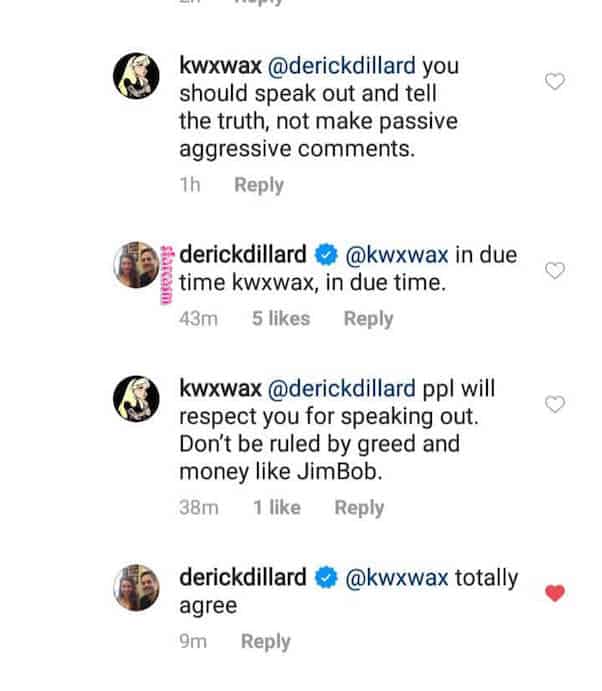 That’s hardly confirmation of a tell-all book about the Duggars — one that would most likely create problems with the family Derick says he currently has no problems with. But it is yet another acknowledgement from Derick that the proverbial wheels may be in motion, potentially.

Speaking of incremental change, Derick also said he and Jill are in counseling over some anger-related outbursts in the past couple of years: 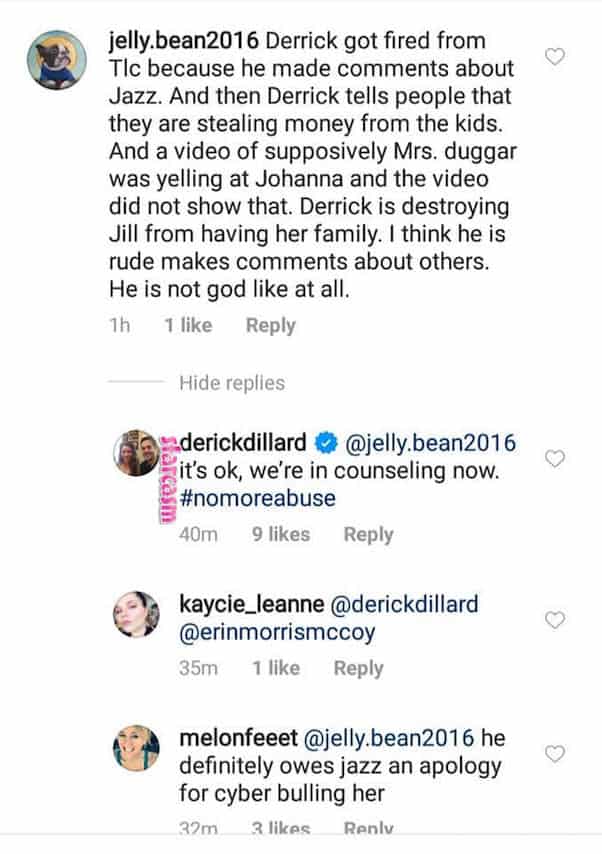 Again, no seismic shifts. And when you’re talking about potentially opening yourself up to a libel suit thanks to a saucy behind-the-scenes memoir…well, in all likelihood Derick wants to finish up that law degree before putting pen to paper.