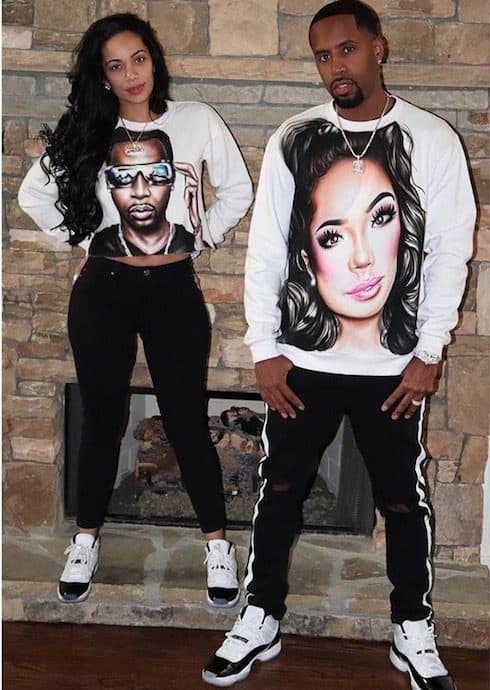 Safaree Samuels was the only big name not present for the filming of the Season 9 LHHNY reunion when the cameras started rolling. His absence surprised and angered VH1 execs, and it looks like their threats worked, as Safaree eventually showed up (albeit very late). Now, the big question is why Safaree was ready to completely bail on the reunion — and who he may have been ducking when he tried to stay away.

It looked like either a defensive or a diva move from Safaree, who’s had the most high-profile career of his year following the leak of his full frontal nude cell phone video last February. Since then, Safaree’s become a full-time cast member on both Love & Hip Hop New York and Love & Hip Hop Hollywood, inked a seven-figure sex toy deal, and gotten surprise engaged to his Love & Hip Hop co-star Erica Mena.

So the LHHNY reunion taping in Atlanta should have been an easy few days’ work. Instead, it’s turned into a curiosity. TMZ was the first to report that Safaree failed to show up for the taping: apparently he had a “change of heart” and decided to bail over “safety and mental health concerns.” The network offered to provide extra security, but Safaree said no deal.

At that point, the execs reportedly reminded Safaree that he’d be in violation of his contract if he wasn’t at the taping. Most notably, the threat was that Safaree would have to pay “substantial damages” and would be barred from appearing on any other Viacom (VH1’s parent company) show for the foreseeable future. Again, since Safaree does double duty on LHHNY and LHHH, so the affect on his income could have been considerable.

Safaree apparently relented, appearing on set very late in the day — around nine or ten PM EST. His “dramatic entrance” ensured that he’ll both be a part of the LHHNY reunion and be a major topic of discussion.

And maybe that’s what he wanted all along. But it also seems like something more could be up with this story. After all, Safaree was robbed at gunpoint last spring, and seemed quite shaken when talking about it in an interview later that same day. So it’s possible that Safaree got word that someone else was looking to relieve him of a few more jewels.

Or it could have been A1 looking for him. In any case, we’ve definitely not heard the last of this. Expect more details to emerge as the tea from the LHHNY reunion for Season 9 starts to leak out over the next few weeks.