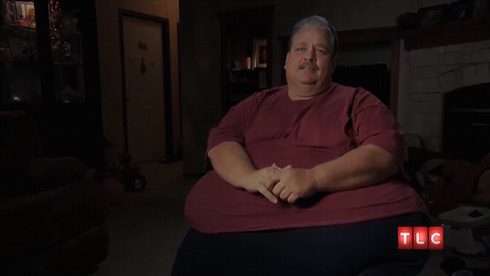 We’ve reported on plenty of success stories from My 600 Lb Life Season 2, and now we’ve got another one to share. Many of the show’s earliest cast members, from Zsalynn to Olivia to James Jones and beyond, have lost huge amounts of weight and kept the weight off, becoming inspirations for later cast members in the process. And it looks like My 600 Lb Life Chuck now is a member of those ranks, as well.

Chuck’s peak weight of 698 pounds left him largely immobile and dependent upon his second wife, Nissa, for support. Though Chuck and Nissa’s marriage produced an adopted baby boy named Nathan, Chuck could neither play with nor care for his son as much as he wanted. It was an obvious and heavy strain on Nissa, who acknowledged there was no intimacy in her marriage to Chuck admitted she felt like “a servant.”

Eventually, Chuck and Nissa did split. It was the second of Chuck’s marriages; the first, which ended when his his wife was murdered in 2006, marked the beginning of Chuck’s depression and severe weight gain. A 40-pound lymphedema mass on his left leg soon followed, and Chuck’s despair compounded.

But the beginning of Chuck’s My 600 Lb Life journey marked a steady turnaround for the Beaumont native. Chuck was able to lose enough weight to qualify for weight loss surgery, dropping to 260 for a total loss of 433 pounds — nearly two-thirds of his body weight. He could climb on his wrecking service’s flatbed truck for the first time in years: “It means a lot to me,” Chuck said, “to be able to do my job like I should.”

Of course, Chuck’s weight loss surgery and overall success didn’t mean that he was able to change overnight. His body was different, but Chuck’s attitude toward food took longer to alter.

“I thought the surgery would take away my cravings, but it hasn’t been that simple,” Chuck said. “I’m eating less, but I still like good food that tastes good.

“Now that my surgery’s been done and it’s over with, I know what I can eat, and that’s it….If you’ve eaten more than you’re supposed to, it’ll really make you sick,” Chuck explained, before vomiting into a take-out bag:

How is My 600 Lb Life Chuck now? He’s looking great in the most recent photo Chuck has made public: 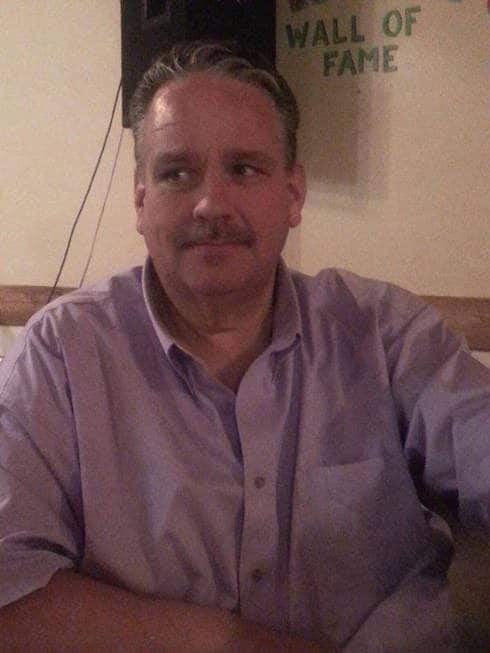 Though not quite as suave as the pics accompanying a social media account long rumored to belong to Chuck. The Twitter handle @SmallTownChuck boasts a brief bio that fits with Chuck Taylor’s own: “I’ve lived in this town all my life… Never had a reason to leave, and don’t plan on leaving any time soon… Maybe that’s why my wife left.” And it seems to have led some My 600 Lb Life viewers to believe — no, we’re not making this up — that they’d found a hiding place for Chuck, who rarely offers social media updates on himself.

If you look at the accompanying photos, though, you’ll find reason to be juuust a bit skeptical 🙂 And to believe that what should be immediately obvious apparently isn’t the same for everyone. The power of fake news remains strong:

As for Chuck’s actual most recent social media updates? He’s doing better — but still pining for someone with whom he can share his life.

“I am happy happy happy but lonely lol,” reads one update on My 600 Lb Life Chuck now. “But it is all good. Got to find a nice woman to spend time with all the nice ones are 3000 miles a way from me.”

In another, Chuck revealed a similar blend of happiness and melancholy. “It is Friday, the weekend,” he wrote. “The sad part is that I have to spend it alone lol that sucks.”

Finally, here’s another look at Chuck’s impressive weight loss and emotional transformation, this one via a TV news story on Chuck from his hometown of Beaumont TX:

“It was my fault,” Chuck told Fox 4 Beaumont for their feature on his weight loss journey. “But it happened before I knew it. When I realized it, it was too late.”

Chuck added, “I’ve never been to jail, but I would say it’d probably be like getting out of prison.”

You can revisit both of Chuck’s My 600 Lb Life episodes at the show’s official site. Watch his debut episode here and his Where Are They Now? follow-up here.