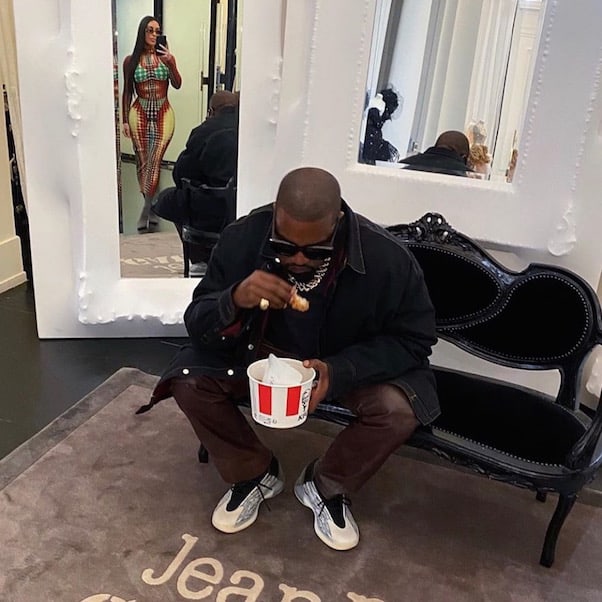 After years of demanding respect from the editors of Forbes and talking up his alleged ten-figure fortune at every turn, Yeezy has finally made the magazine’s infamous billionaires list. But what is Kanye West’s real net worth — and how much is he inflating it? As it turns out, even Forbes‘ estimate of a more than one billion-dollar fortune might be a little high for Kanye, whose money is almost entirely tied to one specific enterprise.

Kanye, who got especially salty about family money after Kylie Jenner became the first Kardashian to cross the billion-dollar threshold, is allegedly worth about $1.3 billion. And the magazine readily notes the numerous asterisks that come with its estimate. I was going to try to recount all the guesswork Forbes did to reach the $1.3 billion figure, but there are honestly too many to sum up swiftly, so let’s just call the whole thing “Forbesmath” and move on. The main takeaway is Kanye can afford to have someone replace him on diaper-changing duty for probably the rest of his life.

You can dive into the specifics with the full article. For now, if you’re asking What is Kanye West’s real net worth?, you need to know that he’s only as rich as the designer sneaker market lets him be. Kanye owns 100% of Yeezy Adidas, but it’s Adidas who makes and sells the shoes; the company gives Kanye an eleven-percent cut of sales. In 2019, those sales were around $1.3 billion, so Kanye’s take-home was approximately $143 million.

So Forbes has to get creative in estimating the true market value of Yeezy, as a standalone company separate from Adidas. To do that, the magazine posits Yeezy’s current value is somewhere in the neighborhood of ten times its 2019 revenue, or $1.43 billion.

Beyond that — and that is a lot! — it also turns out Kanye doesn’t have much cash or many assets. (And before you go crazy, I say “much” or “many” when compared with $1.43 billion dollars.) His cash assets of $17 million, $21 million in land, $35 million in stocks, and $81 million in “buildings and improvements” only comes out to $154 million. Tack on Kanye’s own record label and the publishing rights to his music — which Forbes estimates are worth a collective $90 million — and you get a Kanye West net worth of $244 million *beyond* his Yeezy nest egg.

Except that Kanye also disclosed debt and other liability of around $100 million. So you can essentially trade out the value of his music (something for which he’s hardly known anymore anyway) and return to the earlier figure.

After all that, then: What is Kanye West’s real net worth? As of this writing, it’s probably, potentially close to the $1.3 billion figure Forbes gives, maybe.

The eleven percent figure seems like the one to watch going forward, since it’s the one that relates to Kanye’s actual income and liquidity. And obviously there’s a huge, pandemic-shaped asterisk next to any speculative valuation of Yeezy as a company. But the biggest mystery in all this Kanye West money talk remains exactly what he’s doing with his plan to construct unwieldy Star Wars houses for the homeless. $1.3 billion dollars could build a lot of Tatooine huts.

(Photo credit: What is Kanye West’s real net worth via Instagram)