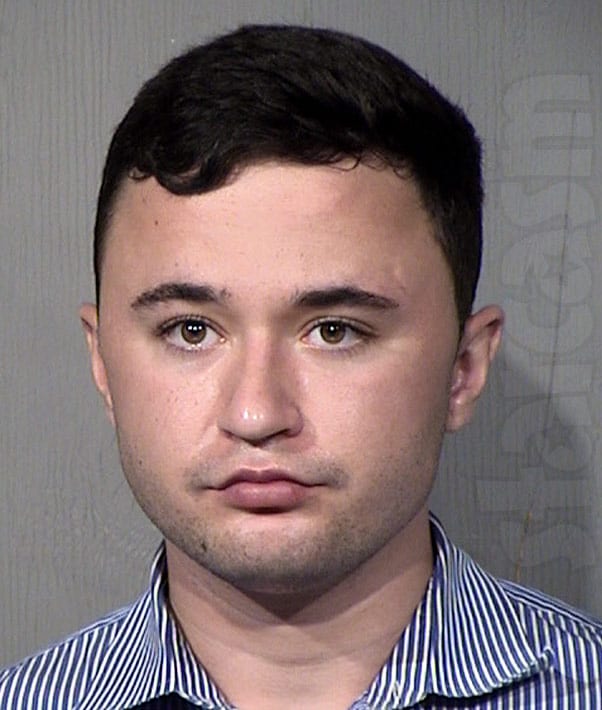 Unexpected dad Max Schenzel got into a heated social media spat with his ex Chloe Mendoza last week, during which he taunted Chloe as he boasted about how well he has been doing. “It’s Okay,” he wrote, “we’ll see what the judge has to say when she sees the progress I’ve made to be in my daughter’s life and the progress you’ve made.” He added a laughing face and OK hand emoji.

On Wednesday, Max was scheduled for a disposition hearing in two of his four open criminal cases, and I don’t think he liked what the judge had to say. The 21-year-old was booked in Maricopa County Jail on Wednesday and currently has a projected release date listed as January 8 of 2021.

We spoke with a jail official who confirms that Max was sentenced to six months and received 44 days credit for time served. The jail rep also confirmed Max’s release date to be January 8 of next year.

As mentioned above, Max was scheduled for two different disposition hearings on Wednesday. One was from his arrest in April after he allegedly resisted a police officer while attempting to steal at least one vehicle. The other hearing was in regards to his infamous theft case from 2018 when he stole a credit card, cash, and casino vouchers from his friend’s sleeping 77-year-old grandmother before heading to McDonald’s and an electronics store to buy fast food and a mini-fridge. That case was still active after Max’s antics over the past year and a half finally resulted in his probation being revoked in early February.

Max’s jail sentence was for the remaining charge of unlawful use of means of transportation from the April incident. Max pleaded guilty to the felony count back in April as part of a deal that meant the three other felony charges against him in the case would be dropped.

It appears that Max just received probation stemming from his theft case. I was unable to get any further details on that sentencing.

UPDATE – We’ve since obtained the court documents from both hearings. They confirm that Max was sentenced to six months with 44 days credit for time served. The sentencing documents states that Max is “not to be released until 1/8/2021.” In addition to court fines, Max was also ordered to pay the victim of his crime $1,157.27 in restitution.

In his other case, Max was found guilty of violating his probation and was sentenced to three years of supervised probation beginning on September 9 of this year. There were also court fees and fines associated with that case.

In addition to the two felony cases in Maricopa Superior Court, Max also has two misdemeanor charges of domestic battery pending in Tempe Municipal Court. Both of those cases, which are the result of two separate altercations with Chloe in December and February, are scheduled for a non-witness review hearing on October 20.

Unexpected spoiler: Myrka & Ethan kicked out after his parents split