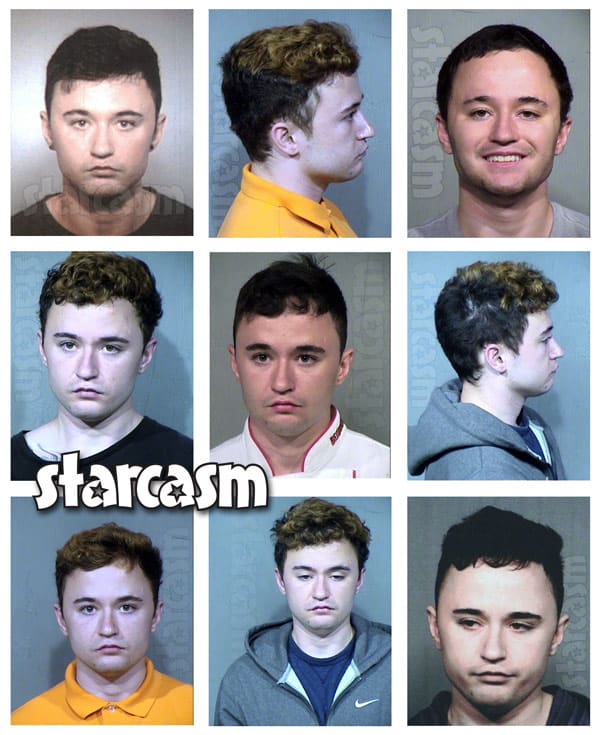 It appears as though Unexpected dad Max Schenzel’s ability to continually skirt the law with little repercussion has finally reached its limits. The 20-year-old pleaded guilty to a felony earlier this month and is scheduled for sentencing in late May. The guilty plea also triggered an automatic probation violation from his previous felony theft conviction in December of 2018. That hearing is scheduled for the same time as his new sentencing.

According to court documents, Max pleaded guilty to a felony count of Unlawful Use of Means of Transportation on April 1. The charge stems from an incident on February 26 when a man called police to report that Max had stolen his vehicle. A second call to police was later made reporting that Max was in another vehicle that also wasn’t his.

Max reportedly tried to run from the police, and as he was being handcuffed, he allegedly tried to kick an officer in the groin. Max was facing four felony counts when he was initially booked. In addition to Unlawful Use of Means of Transportation, he was also charged with Aggravated Assault on an Officer, Resisting Arrest, and Theft. Prosecutors dropped all but the single class 5 felony count of Unlawful Use of Means of Transportation prior to Max pleading guilty.

In a bit of good fortune for Max, the owner of the second vehicle did not want to press charges.

According to PhillipsLaw.com, a class 5 felony in Arizona has a presumptive sentence of 1.5 years.

Until his sentencing and probation violation disposition hearing in late May, Max is under the supervision of Pretrial services, “to include drug monitoring, alcohol monitoring and electronic monitoring.”

Max is also still facing two separate assault charges stemming from altercations with Chloe Mendoza in December and February. There is a pre-trial conference scheduled for both cases later this week.

UPDATE – Max’s assault cases have been continued until June.

Max has all but vanished from social media over the past month. Just prior to his arrest for auto theft, Max shared a YouTube video answering fan questions. “I don’t belong in jail,” he stated at one point in the video. “I’m a good father to the point where I’m not hanging around the wrong people getting high,” he insisted. “The only time I mess up or do drugs or break the law is when I’m around my old friends that break the law.”

Five days after posting the video, Max was arrested for Unlawful Use of Means of Transportation.

I would assume that Max will FINALLY be spending a good amount of time behind bars. But, given his propensity for avoiding jail time, combined with the current incarceration issues due to the coronavirus, he might be able to avoid it once again. We will continue to monitor the case and will be sure to update after his sentencing.

UNEXPECTED Shayden to be a dad again, but not with Lexus or his new girlfriend