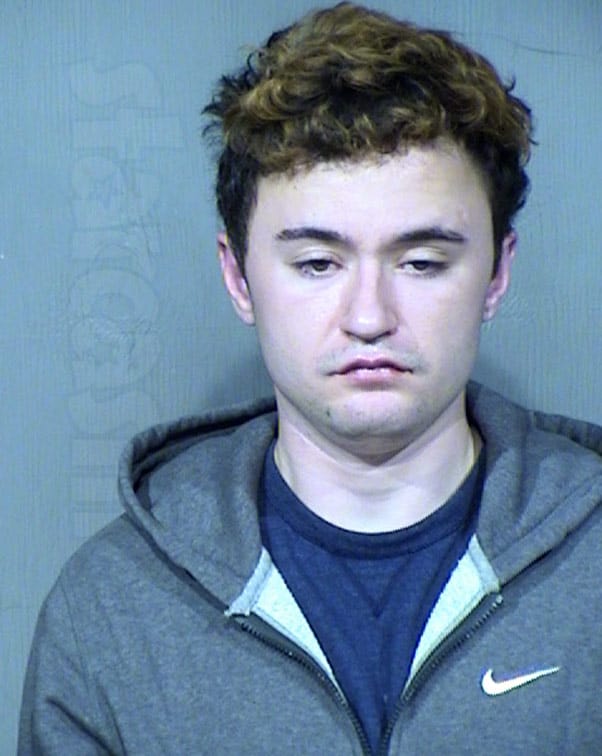 Less than a week after Unexpected dad Max Schenzel shared a YouTube video insisting that he doesn’t belong in jail because he is a good guy, he is back in jail facing some very serious charges — including assault on an officer!

According to jail records, Max was arrested Wednesday just before 8AM.

Here are his newest charges:

• Aggravated Assault on an Officer

• Unlawful use of means of transportation

Aggravated assault on an officer and unlawful use of means of transportation are both felonies. Resisting arrest can be a misdemeanor, but only if the manner of resistance was passive.

The theft charge can be a misdemeanor or felony depending on the specifics.

At the time of this post, Max is still listed as being in custody. He is scheduled for arraignment on March 4. We are working to find out more details about the charges against him and will update as soon as we know more.

UPDATE – Max’s charges have been amended, and we have details about the incident from one of the arresting officers.

UPDATE – Some information about Max’s charges have been added to his probation revocation case. According to a document submitted to the court by Max’s probation officer on Wednesday, the aggravated assault on an officer and resisting arrest charges are both Class 6 felonies. The theft charge is a Class 5 felony.

The unlawful use of means of transportation looks to be the most serious as it is a Class 4 felony. According to PhillipsLaw.com, here are the classifications and potential presumptive sentences for each type of felony in Arizona: