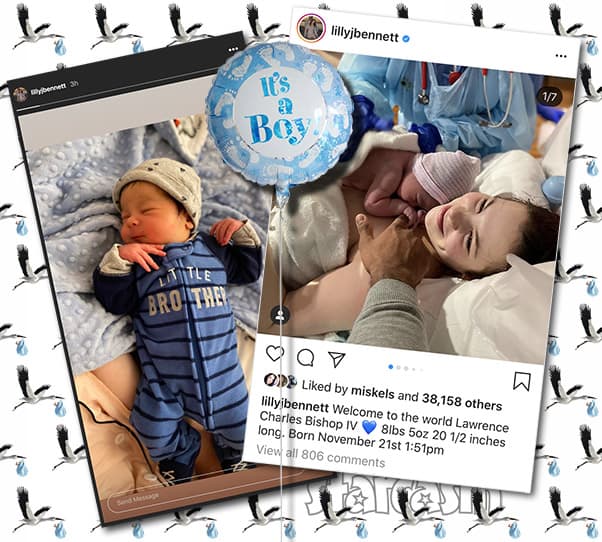 Congratulations are in order for returning Unexpected mom Lilly Bennett! The 20-year-old just gave birth to her second child, a rather big bundle of joy named Lawrence!

Lilly made the birth announcement in a series of photos posted on Instagram. “Welcome to the world Lawrence Charles Bishop IV,” Lilly began her caption, adding a blue heart emoji. She continued by revealing that Lawrence weighed 8 pounds, 5 ounces and measured 20 1/2 inches at birth. He arrived at 1:51PM on Saturday, November 21.

Lawrence IV joins his three-year-old big sister Aaliyah. If you didn’t know already, and you couldn’t tell from Lawrence IV’s name, his dad is Lawrence Bishop III. He and Lilly have been dating for just over two years, and the couple announced the pregnancy with a gender reveal in May.

Here is the full gallery of photos of LB4 posted by Lilly:

Lilly was reportedly a late addition to the new season of Unexpected, so it’s possible that the birth will be included this season. Regardless, viewers will be able to meet Lawrence and follow Lilly’s pregnancy when Unexpected Season 4 premieres on Sunday, December 20 at 10/9c on TLC.