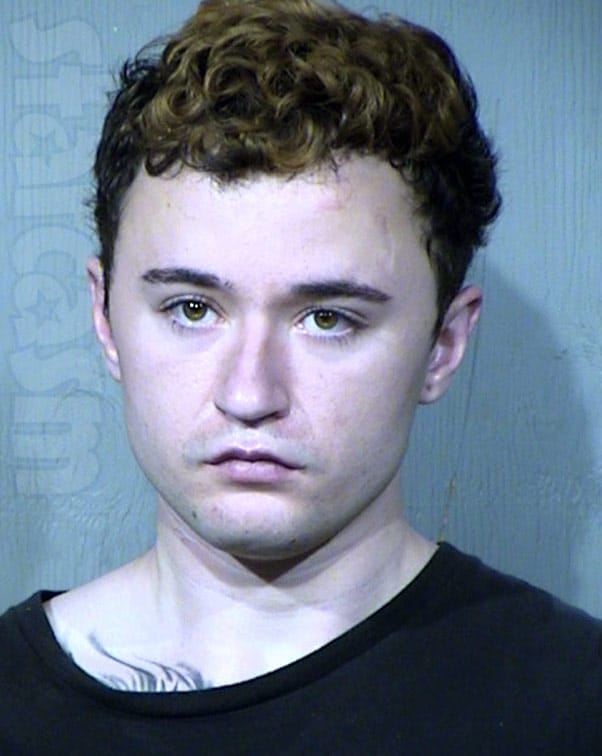 The legal woes continue to mount for troubled Unexpected dad Max Schenzel as he is yet again behind bars for assault.

According to jail records, Max was booked in Maricopa County early Thursday morning just before 2AM. The charge looks to be identical to his December assault with injury charge. He has a pre-trial conference scheduled for February 27.

I thought perhaps Max might have been booked on something related to the December charge, but the February 20 charge has an entirely different court case number. We are currently looking into the arrest to get more information and will update as soon as we know more.

UPDATE – It appears that Max is back out. He is no longer showing up in custody, and he shared a post on Instagram Friday morning:

“I finally get my life together and it falls apart,” Max captioned the photo.

We are still working to get more information on Thursday’s arrest.

UPDATE – It’s our understanding that Max’s arrest on Thursday was after an incident at Chloe’s apartment. However, it is beginning to sound like there may not have been a physical altercation between the two at the time, merely Max being upset and loud as he tried to get in. Perhaps he violated a stipulation from his prior arrest that prevented him from being around Chloe and that caused his arrest for the same charge, but with a new case number? We are still trying to get more information so stay tuned!

In case you missed it, Max was arrested on December 30th after he and Chloe got into an argument at roughly 7AM in the morning. Since our initial reports on the incident we have been able to get more information from the police incident reports.

The reports confirms that it was an anonymous neighbor who called “to report a male and a female were yelling in the residence; there was possibly a child in the residence; and it sounded both verbal and physical.”

Two officers arrived on the scene and could hear Max and Chloe arguing from inside the apartment. After knocking, Max greeted the officers at the door and informed them that Chloe had gone to the bedroom. One officer stayed and talked with Max, while the other officer interviewed Chloe.

The officer that remained says that Max told him he and Chloe “had been verbally arguing over a topic he could not recall.” More from the officer’s report on his interview with Max:

During the argument, SCHENZEL threw a cell phone which struck MENDOZA in the face. When he threw the phone, he was standing approximately 15-feet from where she was sitting on the bed. He did not mean to throw the phone at her and was not specifically targeting her. SCHENZEL threw the phone in anger and it just happened to hit her. When the police arrived, he was on his way out to get an ice pack for her face.

Here is an excerpt from the report filed by the officer that interviewed Chloe:

Chloe had a swollen nose and brow with distinct 1″ raised lump at the top of her nose. I also observed a 2mm red line under her right eye. Chloe was crying and had red watery eyes.

Chloe explained that she and Max having been in a dating relationship for 2 years and that they have a daughter together. She said that they were arguing this morning about family planning in the living room when Max became angry and threw his cell phone at her and it struck her in the face above her nose. She indicated the swelling on her nose and face were a result of the assault. Chloe denied striking Max during their argument. She indicated that [Ava] was present but was not hurt during the assault.

#Unexpected dad Max Schenzel's probation officer has been his second biggest supporter over the past 14 months, but it appears that she (and possibly Chloe) have had enough of Max's antics. https://t.co/oIzjxPSQVr

Max’s December assault arrest, combined with numerous other probation violations, resulted in his probation officer revoking his probation earlier this month. Max was initially sentenced to three months in jail for felony theft in that case, and he was scheduled to be back in court next month for a probation revocation hearing and disposition.

It appears as though Chloe has stopped following Max on Instagram yet again. That seems to happen pretty much every week, so I don’t think we should read much into it.