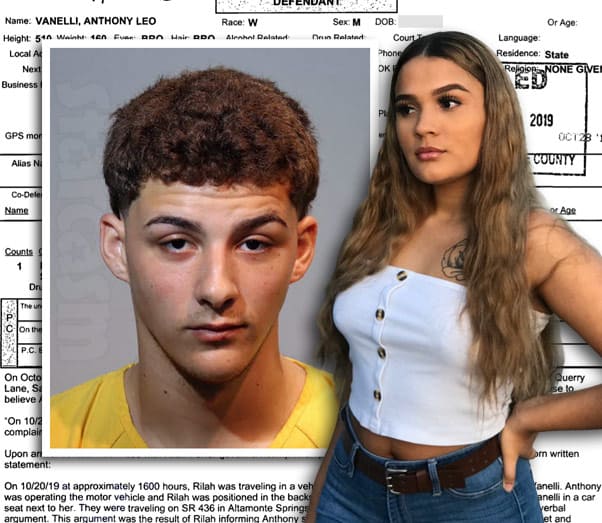 Unexpected dad Anthony Vanelli is still facing a misdemeanor domestic battery charge after an altercation with ex Rilah Ferrer last month. But, it appears that the tension between him, Rilah, and Rilah’s mother Rosa has subsided as the protective order filed against Anthony the day after the incident has been dismissed.

In case you missed it, Rilah and Anthony got into an argument while he was driving her and their daughter Malayah to a local church event on October 20. After the argument escalated, Anthony pulled into an abandoned gas station parking lot where the altercation got physical between him and Rilah.

According to Rilah’s statement to police, Anthony exited the vehicle, opened her door, grabbed her legs and tried to forcibly remove her from the back seat. Rilah was able to prevent him from forcibly removing her by grasping Malayah’s car seat. She later posted photos of what appears to be bruising on her leg from the struggle.

The following day, Rosa filed for a protective order against Anthony. According to court records, Anthony was served with the temporary order for protection on October 28, which was the same day he was arrested and charged with battery – domestic violence.

The protective order filing was scheduled for a court date on November 4, at which point it was dismissed. I am assuming that the dismissal was due in part to Rosa (the primary petitioner) and/or Rilah (petitioner) having a change of heart.

Rosa has recently posted on social media revealing that she has taken her granddaughter Malayah to Anthony and left her with him, so obviously their relationship has gotten better since he was filmed screaming at Rosa while being held back by local police.

Despite the protective order being dismissed, it is still a condition of Anthony’s bond release that he have no contact with Rilah and that he not return to her address. He has been fitted with an EMPACT monitoring device to insure his compliance.

It’s unclear if Anthony is still pursuing his DM-slidin’ Instagram Cinderella from California.

UNEXPECTED Matthew and pregnant Hailey 2 break up again: ‘We are nothing but toxic’