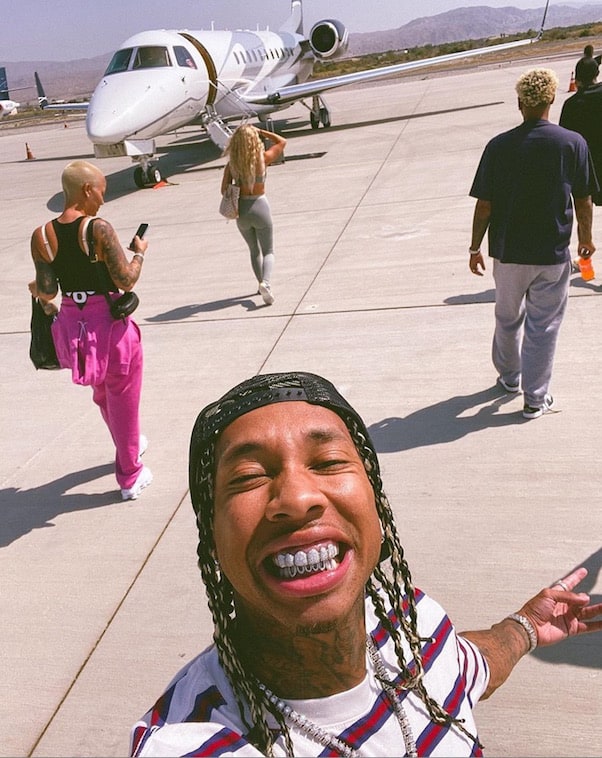 I can’t believe I’m about to say this, but Tyga made a smart business decision for once and I’m kind of proud of him? I’ve taken a ton of shots at Tyga over the past few years, but I give him credit for knowing what to do when his nudes leaked. (Granted, it’s a low bar to clear.) Once Tyga’s dick pics were out there, Kylie Jenner’s former lover simply jumped on OnlyFans and put up premium shots himself.

Before we go any further, I should point out that we can’t actually share Tyga’s dick pics in this article. But, as is always the case with nude pics, that doesn’t mean we can’t tell you where to go to get the goods. You’ll want to start with the aforementioned OnlyFans, where it looks like Tyga has been uploading assorted nudes and collaborations with nude women on the regular. (Anyone who’s seen his Instagram account over the past few weeks has already gotten a pixelated preview.)

He’s no Safaree, but the good attention Tyga’s getting does outweigh the unimpressed. Again, that’s another low bar to clear, but getting ratioed on a dick pic is the mark of death for a male celebrity willing to strut his stuff.

Beyond that, you can also check out at least one of Tyga’s dick pics — the one that seems to be getting shared the most, for obvious reasons — via @konichiwabxtch.

The timing of Tyga’s account appears to be the true stroke of genius. It looks like several other dick pics were already going semi-viral online — here’s one from mid-September, for example — and whatever social media team Tyga can afford after his monthly debt payments convinced him to just go legit with the full frontal shots and reap the rewards himself.

And the nudes do explain a lot about how he was able to stay in Kylie’s good graces for so long. Why did she say she “still loves” him after their ninth and final breakup? Check the photos. Why, other than straight jealousy, was Tyga trying to claim paternity of baby Stormi shortly after Kylie announced she was pregnant? Because he knew that she knew what we all now know.

With all that said, I feel it’s important to remind everyone that Blac Chyna still said that Rob Kardashian is a better lover than Tyga. And that could just mean they’re both bad lovers but Rob is more attentive after. Who knows? We’ll have to wait for the sex tape to find out more.