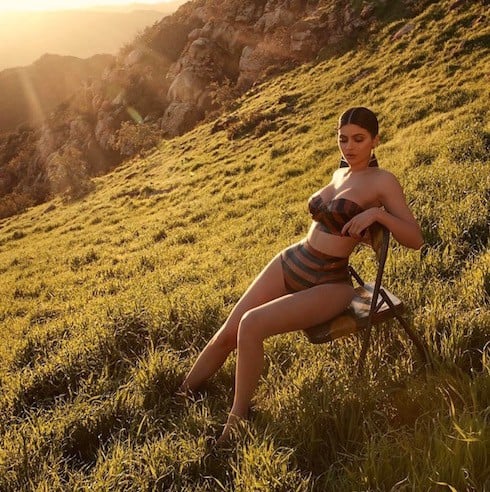 It’s the fifth time this has happened in a year and a half, but maybe this one is the one that will take: according to a new report, Kylie Jenner and Tyga broke up for good last night, and have really, truly, honestly split, for real. We think. Because everything the Kardashian family does is shrouded in seven layers of rumor and security, it may well be impossible to know the honest-to-God reason why–but a new Hollywood Life report claims to have the answer.

According to that report, Kylie, who is apparently so rich she never learned how to use a folding chair, is “fed up” with Tyga’s completely non-existent money management skills, and so the 19-year-old business mogul decided she needed to be with someone more responsible. “Basically,” their source said, “Kylie was bored with the relationship, she didn’t feel like it was going anywhere and after 18-plus months Tyga still hadn’t put a ring on it, so, you snooze, you lose.” (Though, to be fair to Tyga, it wouldn’t have been the first time a Kardashian boyfriend needed to borrow from inside the family to buy a ring.)

The report does go on to cite another article, from MediaTakeOut, which is apparently supposed to support the claim that Kylie “felt…Tyga was taking advantage of her [financially].” But MTO is known for a Trumpian elasticity with the truth. And Hollywood Life’s source further hedges their article by adding “[Kylie] changes her mind like she changes her underwear though and Tyga has a habit of always managing to sneak his way back into her bed somehow.”

Tyga is reportedly around $1 million in debt to Kylie (and every landlord he’s ever rented from), and was at one point said to be in talks to write a Kardashian tell-all book in order to get out from under. He’s bought Kylie around $750,000 worth of cars for her last two birthdays, and most recently sprang a $300,000 Bentley surprise on her a few days after his Ferrari was repossessed because he was behind on the payments. Kylie, meanwhile, is expected to earn upwards of nine figures over the next decade from swimwear sales alone, so she’ll likely be planting chairs on mountainsides for the rest of her life.

(Photo credits: Kylie Jenner and Tyga broke up via Instagram)