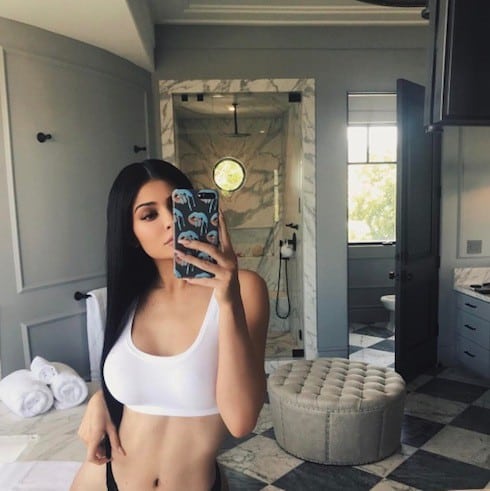 Kylie and Travis have been laying on the hot and heavy PDA ever since their first hookups at Coachella, and, according to the anonymous insiders offering commentary on the couple’s blossiming relationship, things are managing to get serious while staying fun. The couple, who’ve already become well-known for their inability to keep their hands off of each other, are also arousing all sorts of speculation in light of one of Travis’ recent tweets, which seemed to imply some sexy times:

Among that tweet’s nearly 16,000 likes? One Kylie Kristen Jenner. 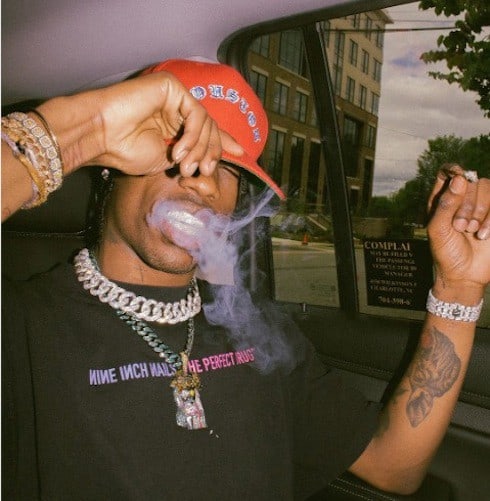 And speaking of Kylie and Travis’ anonymous insiders, Us Weekly’s latest appears to have it on good authority that Travis has been “telling friends that he and Kylie are the real deal.” Kylie has allegedly “joined her guy” on tour, first catching a show (and a Rockets playoff game) in his hometown of Houston last month, then following up with a gig at Bentley University in Boston.

At the same time, the insider is perhaps less than convinced that Kylie and Travis are indeed the “real deal.” One of the quotes the insider offered in support of the thesis is this limp gem: “They really looked like a couple.”

But a new Hollywood Life report goes hard in the other direction, claiming that Kylie “still loves” Tyga and suggesting that she might be heading back in his direction. Their ninth breakup is over a month old now, so it’s possible that Kylie can only remember the good times: “Kylie still love [sic] Tyga,” said HL’s insider. “They have been through some serious ups and downs and she still really cares for him–she always will.” It’s true that “Right now she’s having a blast with Travis and is really happy,” but “[Tyga is] her first love and that will never change.”

So basically, the way things stand now, Kylie is Katie from Wet Hot American Summer and Tyga is Coop to Travis Scott’s Andy. They had some great times together–after all, who among us wouldn’t use the phrase “incredibly romantic” to describe Tyga?–but Kylie is a teenager and super rich, so she’s double-insulated from consequences. All she wants out of life is to have a good time with her like-minded friends. Can you blame her? Yes, of course you can. But this paragraph was just an excuse to make a Wet Hot reference, so have a laugh:

K. Michelle returning to Love & Hip Hop Hollywood: Will this be her final season?