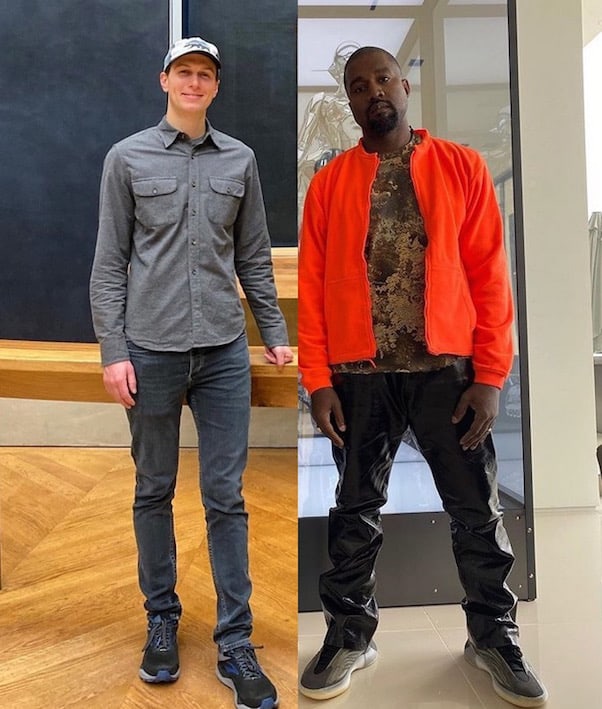 Kanye West is only on the ballot in three states, worth nineteen electoral votes. He’s unlikely to qualify for ballot access in enough states to win the presidency, which Kanye claims is his legit objective. And he has no visible campaign infrastructure to speak of. But if you needed further proof that Kanye West’s 2020 campaign is only a bizarre ego trip, you’ll find it in Forbes‘ latest feature on the would-be presidential spoiler. According to Forbes’ sources, Kanye and Jared Kushner — the same Kushner who’s Donald Trump’s son-in-law and campaign chairman — talk “almost daily” and it’s likewise almost a given that the White House is exploiting Kanye’s mental illness (to say nothing of his skin color) for their own electoral purposes.

Kanye’s ostensible campaign platform is essentially Republican, and he’s said that if a Republican weren’t in office right now he would run for that party’s nomination. So you’d think the Trump campaign would be afraid of Kane siphoning votes from them. But according to Forbes, Kanye and Jared Kushner speak quite often; they also met in person just last week. Kanye calls Jared “my boy.” The article also claims Kushner has an “outsize influence” over Kanye, who’s only become more convinced of his electoral viability because of how often he (Kanye) is hearing he has no chance.

When you add to the mix the fact of Kanye’s mental illness, you get what one friend of Kanye’s called a “very, very bad scenario.” From Forbes‘ article:

“Jared’s scared and doesn’t want me to run because he knows that I can win,” West has told numerous associates after his conversations with the president’s son-in-law, who also serves as de facto chief of Trump’s reelection campaign. That message, the sources close to West acknowledge, is the exact one that will embolden West to stay in the race. “If you know him for more than 20 minutes, you know that will work,” says one West confidant. Adds another: “He’s just like a kid. The more you tell him he can’t do a thing, the more he’ll do it. . . . he has a tremendous drive to prove people wrong.”

…The White House gambit, those close to him say, has accelerated West’s mental issues (unquestionably brilliant, he has previously told Forbes that he considers his bipolar condition a “superpower”). “He’s mentally ill,” says a West friend. “When you have people around him who have the best intentions and don’t need anything from him, you can steer him when he’s in that space into a positive place. When you have people around him who see him as an opportunity, they create a very, very bad scenario.”

Some close to West feel that Kushner now falls into that latter camp in ways that flirt with exploitation—concerning, after Kardashian West asked publicly for “compassion and empathy.” One described their understanding of Kushner’s conversations with West as “reverse psychology.” Others prescribe less malicious intent, though that narrative would require a level of naiveté that would rank up there with sitting in a meeting at Trump Tower with Russians who promise to have dirt on Hillary Clinton.

So Kanye thinks Jared Kushner is his friend, even though a) Kushner is essentially the head of Trump’s re-election and b) Kanye believes Kushner and Trump are afraid he’ll spoil *their* chances despite every indication that Kanye will actually draw potentially Democratic voters away from Biden. (To the extent that Kanye draws votes at all.) And it sounds like all Jared has to do to keep Kanye in the race is talk or text with him about once a day. Jared Kushner is hardly a Game of Thrones-level manipulator, and Kanye is making it easy for even him. I just hope Kanye doesn’t wind up needing to be hospitalized like the last time America had a presidential election.

New intimate pictures from Kim Kardashian and Kanye West’s wedding — including a shot of baby North!