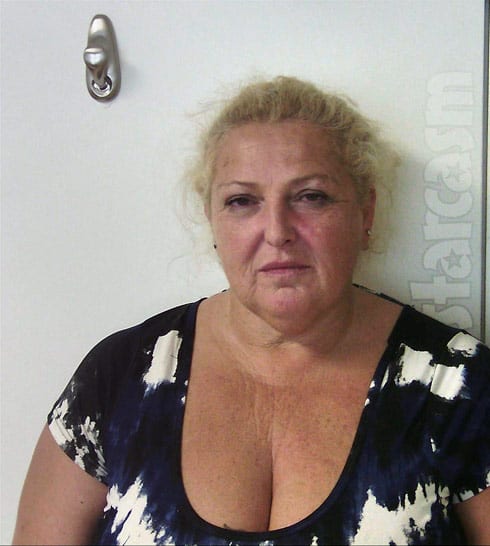 52-year-old Angela Deem is no stranger to over-the-top drama, as evidenced by her appearance on this season of Before the 90 Days and multiple appearances on Maury. But, Angela’s aggressive jaw-dropping antics are not just for the TV cameras, as evidenced by her Facebook posts over the years and her DUI arrest in Georgia last week!

That’s right, Angela is back in the United States, where she proudly boasted about a pending night out with some friends on September 1 with a series of photos: 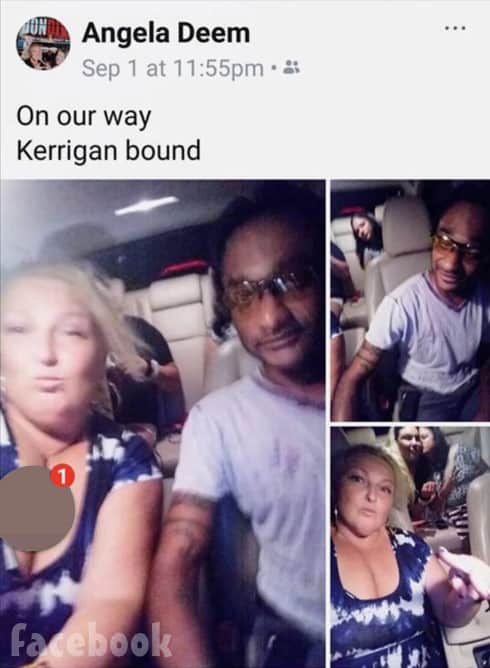 “On our way Kerrigan bound,” Angela wrote, which I believe is referencing Kerrigan’s Country — a bar in Lyons, Georgia that was featured in the Season 2 Premiere of Before the 90 Days: 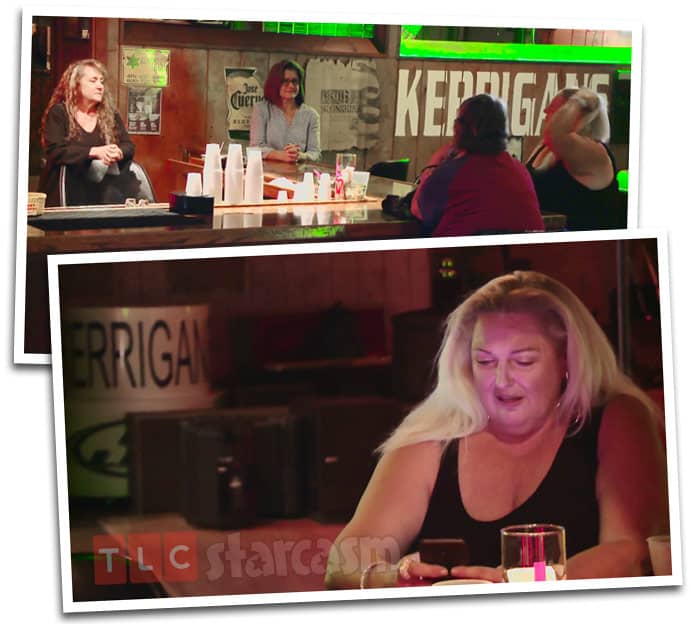 It seems the crew had quite a good time at Kerrigan’s as Angela was pulled over at approximately 4 AM on September 2 and charged with DUI. According to the police report, Angela was clocked going 60 mph in a 35 mph zone. The officer described the initial moment after pulling her over and approaching the vehicle: “I exited my patrol unit and noticed that the driver lit a cigarette before I made it to the driver window.”

The officer asked Angela for her driver’s license, which she did not have, and he noticed that there was “a strong alcohol odor coming from inside the vehicle.” When asked about it, Angela “stated that the backseat passenger had been drinking and that they had just picked him up from Toombs Detention.”

The officer contacted a sergeant with the Lyons Police Department who stated that “he had spoken with all the occupants of the vehicle and the driver, Deem, advised him that she was not driving because she had consumed several alcoholic beverages.”

The officer once again asked Angela if she had been drinking, and “she stated that she had about two hours prior to driving.” Angela agreed to take a field sobriety test using the Alco-Senser II, which “gave a positive indication of alcohol.”

At this point, the officer placed Angela under arrest and handcuffed her. The backseat passenger in the Lexus was the actual owner of the vehicle, and after he passed a sobriety test, he was given the keys to the vehicle.

The officer returned to Angela, who was now handcuffed in the back seat of his patrol car, and read her the Georgia Implied Consent Notice. Angela was asked to take a breath test, but she refused. “She stated that she wasn’t taking no test that she wanted a blood test,” the report states.

At this point, things got a bit crazy as Angela revealed that she knew the arresting officer (a black male), before accusing him of being a racist and threatening to have him fired! From the report:

Deem would not answer my question and stated that she was in fear of her life and that she did not trust me. Before Deem was placed under arrest she…stated “Jep you know me, we family remember my daughter dated your brother.” I advised Deem that was years ago and had nothing to do with the traffic stop.

I had dispatch to try and get Deem to answer questions needed for booking and she refused to give answers. Deputy ******** signed on to work and he was advised of the traffic stop. He transported Deem to Treutlen Detention. The backseat of my patrol unit was searched before and after transport with no contraband found.

Angela was charged with DUI and driving without a license on her person, in addition to the speeding citation. She was released just before 3 PM on September 2 after posting a cash bond.

And just in case you were curious, Angela listed her marital status as “single” on the booking report.

UPDATE – We have more details on Angela’s crazy night, which included a second DUI earlier in the evening for the man with Angela in the photos above! Click the link for all the details.

UPDATE – I wanted to give a shout out to Soap Dirt for being the first to report on the time and date of Angela’s DUI arrest. At the time of this post I was unaware of their initial story, but they get the credit on that!