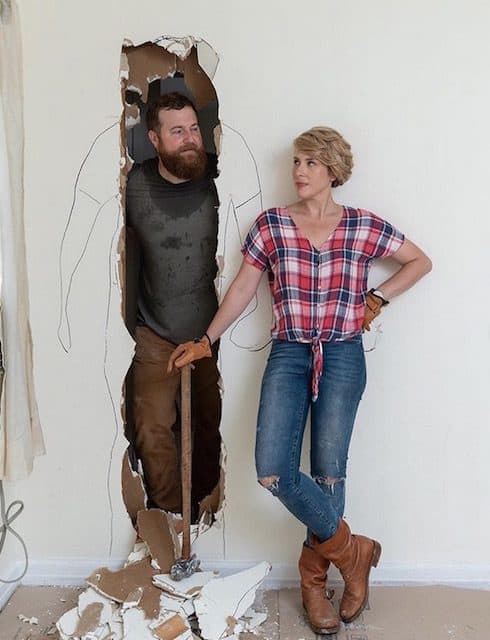 Home Town, HGTV’s coziest show and the feel-good successor to Fixer Upper, returns for its third season tonight. (Click here for our in-depth Home Town Season 3 sneak peek.) The Season 2 finale marked the grand entrance of Helen, Ben and Erin Napier’s baby — and, as Erin recently pointed out, she changed kind of a lot for her parents. So, if you’re hoping to see lots more of the couple’s adorable child in the new episodes, you might be disappointed.

It will probably come as no surprise to hear that privacy issues were the driving force behind the couple’s decision to largely keep their baby away from TV cameras. “We feel like Helen has a right to privacy and growing up without a camera recording [her],” Erin explained in an Instagram post ahead of she and Ben’s very first Home Town Season 3 reveal.

That doesn’t mean viewers will *never* get to see Erin and Ben Napier’s baby. But judging by Erin’s own words, Helen will appear on camera so infrequently that we’ll all be surprised to see her. “She will only be making a precious few appearances on Home Town, only when we feel it’s appropriate,” Erin went on.

As for people complaining about Helen’s parents posting plenty of pics of their little girl on social media, Erin had a very simple counterargument. “An Instagram photo once in a while is one thing,” she said, “but 2 million weekly viewers is another.”

Erin’s not boasting: Home Town has been one of the most popular shows on HGTV since its debut, regularly pulling in upwards of two million viewers per episode. The fact that Fixer Upper is gone and Home Town has been getting an even bigger push from the network means Erin and Ben’s profile is likely to grow even more over the course of Season 3.

And while the Napiers are certainly popular on social media, their combined followings on Instagram — where the photos of their baby actually appear — is about 400,000 people. In other words, the average new episode of Home Town reaches at least five times more people than Ben and Erin by themselves on Instagram. If you want to share a little bit of your baby with the world but mostly keep her private, excluding her from TV is a no-brainer.

Speaking of which! We thought we’d end on the cutest possible note, so here’s a quick trio of baby Helen pics to get you smiling before Home Town‘s return later tonight:

This post from 2015 just resurfaced and made me squeal at how tiny Lucy was @malraz. ? There's something about a mountain of a man who knows how to talk to a little child and her baby doll that kills me #santaintraining

She ate her pancake and watched and waited and waited for the parade but fell asleep before the first tuba toot. #helensfirstpancakeday

When we were little, my mama, Bennie, would leave notes for my dad and sign them, “Bennie and the Jets.” One time I asked her who the jets were and she said, “you and your brothers!” She and I danced to this song at my wedding, but this little dance is a pretty close tie with that moment. @eltonjohn #bennieandthejets #bennyandthejets

MY 600 LB LIFE Angela Gutierrez announces support of gross negligence lawsuit: ‘People will learn the truth about that show’